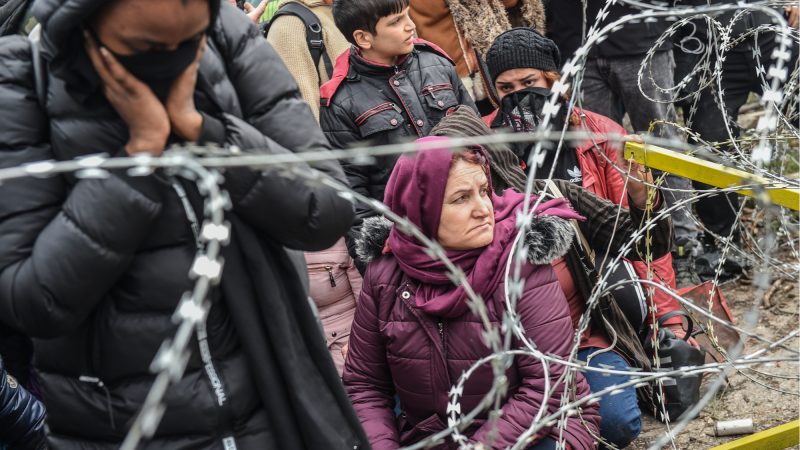 Migrants gather inside the buffer zone of the Turkey-Greece border, at Pazarkule, in Edirne district. [Shutterstock/IV. andromeda]

Slovakia’s parliament committee for European affairs has adopted a reasoned opinion in response to the EU’s new proposal for a migration pact as part of the “yellow card” subsidiarity procedure whereby national parliaments can contest draft legislative acts.

Committee chair and author of the reasoned opinion, Tomáš Valášek (For the people), says the “otherwise good proposal“ contains parts that are problematic. Unsurprisingly, these pertain to the notion of burden-sharing.

“The compulsory quotas that still emerge in this new proposal belong to the past,“ Valášek wrote on Facebook. “The Slovak Republic could, presumably, face the question of compulsory relocation again,“ the reasoned opinion reads.

Slovakia also rejects the sponsorship of returns as relocations in disguise, according to the official Slovak position for the Council negotiation. Slovakia, backed by Hungary, previously questioned the relocation mechanism before the EU Court in Luxembourg – though the court rejected their arguments.

Valášek hopes that despite these reservations, member states will be able to find an agreement: “Migration is a European problem that requires a common solution. Slovakia does not want – or plan to – avoid responsibility,” he claimed.

When reasoned opinions represent at least one-third of all the votes allocated to the national parliaments, the Commission must review its proposal. The Commission can decide whether to maintain, change or withdraw its proposal and give reasons for its decision.