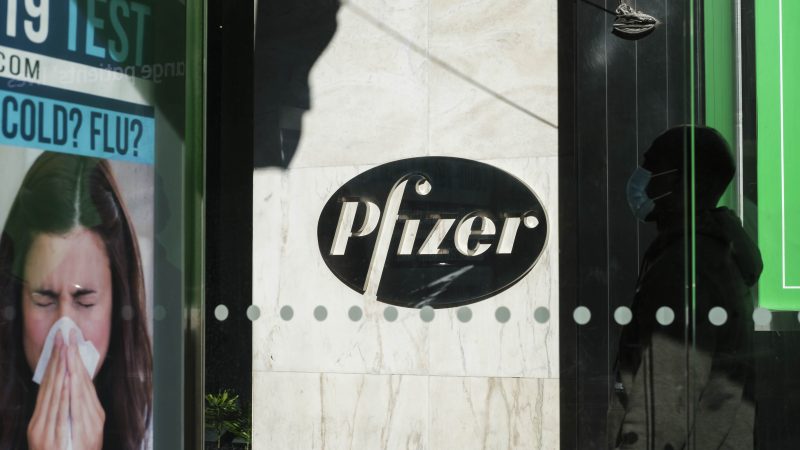 A person walks past the headquarters of the pharmaceutical company Pfizer in New York, New York, USA, 9 November 2020. [Justin Lane/EPA/EFE]

Slovakia has ordered four million additional vaccine doses from Pfizer/BioNTech and Moderna, after ordering 3.5 million from both companies in December – enough for 3.7 million people or 85% of the country’s adult population who will each have to get the jab twice.

Slovakia also ordered 3.6 million doses from AstraZeneca, though the European Medicines Agency (EMA) has so far only authorised the Pfizer/BioNtech and Moderna vaccines – and not the AstraZeneca one.

The decision to buy more vaccines from Pfizer will be more expensive, but it is driven by the effort to secure as many authorised vaccines as possible, said Prime Minister Igor Matovič. Slovakia can also sell the vaccines if some are left by the end of the vaccination campaign, the prime minister added.

The government also made changes to the vaccine priority list and, to speed up the process, changed the period between the first and second vaccines to four weeks from the previous three.

Only 1.31% of the country’s total population has received the first dose so far.