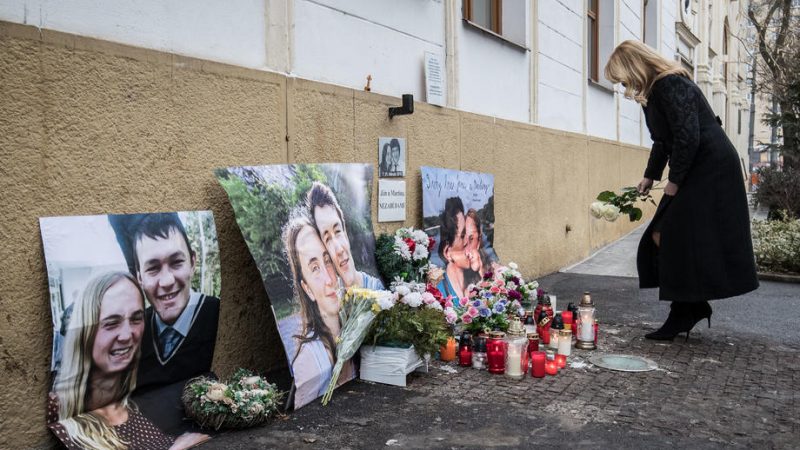 President Zuzana Čaputová honoured the memory of the two young people in Bratislava, while the vice-chair of the Slovak Parliament Juraj Šeliga paid his respects in Veľká Mača. [EPA-EFE/JAKUB GAVLAK]

As Sunday marked the third year since investigative journalist Ján Kuciak and his fiancée Martina Kušnírová were murdered in their home in Veľká Mača, the public commemorative gathering that has become a tradition in previous years was conducted online.

President Zuzana Čaputová honoured the memory of the two young people in Bratislava, while the vice-chair of the Slovak Parliament Juraj Šeliga paid his respects in Veľká Mača.

However, Prime Minister Igor Matovič marked the occasion with stark criticism of Slovak journalists on Facebook. “It is time to face the truth about Slovak journalism,” wrote Matovič, adding that only a few journalists have qualities similar to Kuciak’s. “The rest of them … I’d rather not say. Often superficial, biased and condescending,“ he wrote.

Marián Kočner, the alleged mastermind behind the murders, and his alleged accomplice, Alena Zsuzsová, were acquitted, yet Kočner was found guilty in another economic case and sentenced to 19 years. The Kuciak case is now before the Supreme Court.