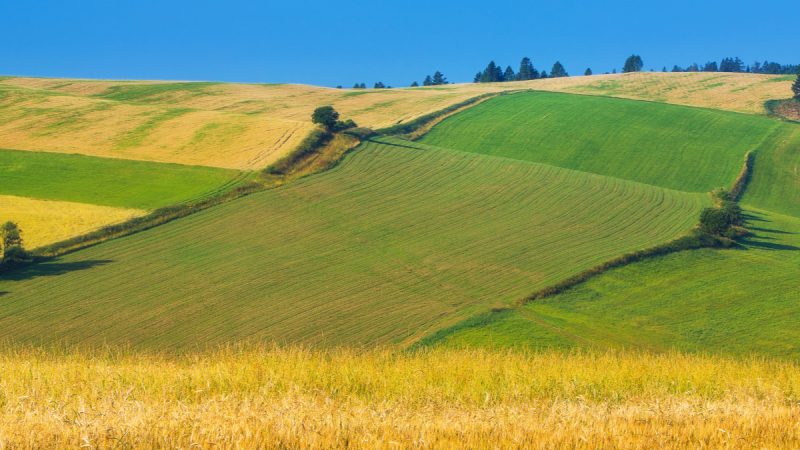 Hungary would be able to buy a crop plan in Slovakia worth €57 million, which could buy around 9,000 hectares in southern Slovakia. [Shutterstock / Rasto SK]

Foreign Minister Ivan Korčok, who met with his Hungarian counterpart Péter Szijjártó on Tuesday, has criticised the Hungarian government’s resolution that creates a private capital fund for arable land and thus lays the foundations for the “international expansion of domestic agricultural holdings”.

“We have asked Hungary to construct its government programmes extending to Slovakia or implemented on our territory only after mutual agreement,” Korčok added.

Agriculture Minister Ján Vlčan also criticised the Hungarian project. “In the context of good relations, any cross-border support should be provided only with the knowledge and consent of the State in whose territory the assistance comes. I believe that Hungary will also return to this diplomatic practice,” Vlčan said.

Szijjártó, who Prime Minister Viktor Orbán tasked to prepare conditions for buyouts, reacted with diplomatic language. “We will inform the other side through all possible options. It is in our interest to strengthen our mutual relationship. We are ready to implement the support in a way that will be useful for Slovaks in Hungary and also for Hungarians in Slovakia,” he said.

The Hungarian government plans to inject approximately €400 million into the fund, but details about allocations for different countries are not yet known.

Assuming the funds are allocated between Hungary’s seven neighbours, Hungary would buy a crop plan in Slovakia worth €57 million, which could buy around 9,000 hectares in the south.

Romania has already passed legislation to protect its cropland. Vlčan announced that Slovakia would take necessary steps as well.