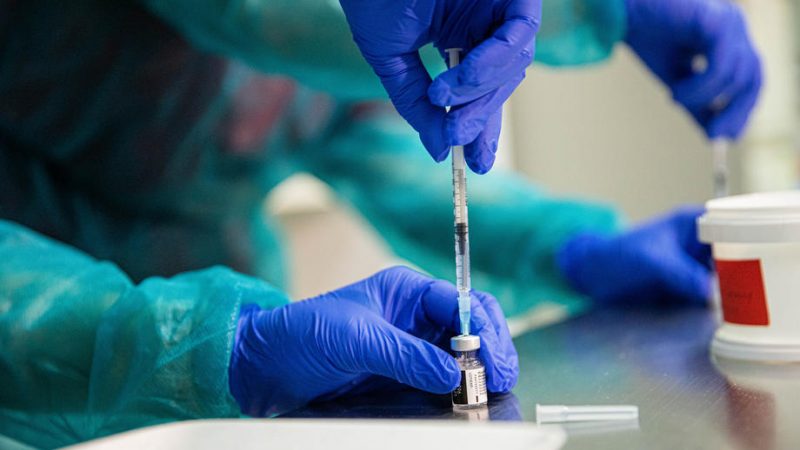 A health worker prepares a vaccine of the Pfizer-BioNTech against the COVID-19 at the faculty hospital in Nitra, Slovakia, 26 December 2020. [EPA-EFE/STRINGER]

The Slovakian government introduced on Wednesday a new set of incentives in a bid to increase the vaccination rate in Slovakia including a “vaccination lottery” with a €2 million prize to be won every week as well as a cash bonus for those who persuade the unvaccinated to get the shot and a mandatory quarantine period for unvaccinated travellers from 9 July onwards.

Slovakia has one of the lowest vaccination rates in the EU, with less than 29% of its population being fully immunised.

First, is a new rule for unvaccinated travellers who will return from vacations after 9 July.

If they don’t have at least the first dose, they will have to quarantine for a minimum of 5 days, after which they can take a PCR test.

After 10 August, the quarantine will be waived only to those who have already had their second shot at least two weeks before crossing the border.

The government is promising to check “most people, but not all,” keeping that option open if cases begin to rise again.

A vaccination lottery was also introduced with a prize of €2 million to be won each week. In addition to that, a cash bonus, varying from €30 – €90, depending on age, for those who convince the unvaccinated to get vaccinated.