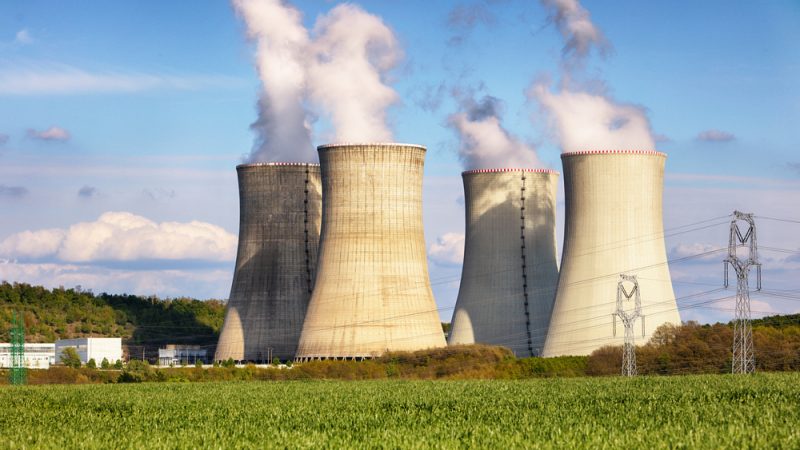 Together with the fourth unit planned to launch in 2023, the two plants will ensure Slovakia´s self-sufficiency in electric energy. The country's economy ministry even confirmed that Slovakia will even consider exporting some of the produced energy. [Shutterstock/TTstudio]

The third unit of the Mochovce nuclear power plant – one of the three nuclear plant projects currently under construction in the EU – will already be allowed to launch this year, according to a draft decision recently published by Slovakia’s nuclear regulatory authority.

Together with the fourth unit planned to launch in 2023, the two plants will ensure Slovakia´s self-sufficiency in electricity. The country’s economy ministry even confirmed that Slovakia will even consider exporting some of the produced energy.

Slovenské elektrárne, which is 34% state-owned, is the owner of the Mochovce nuclear power plant. Half of the remaining shares belong to Italian Enel, while the other half is owned by Czech energy group EPH.

There have been two operating nuclear units in Mochovce since the end of the 1990s. The completion of the third and fourth units has been delayed for over a decade, and the budget for the project budget has gradually doubled from the original €2.78 billion.

The capacity of each unit will be 471 MegaWatts electric (MWe).

According to its owners, annual production of the completed units will save more than seven million tonnes of CO2  emissions, thus “significantly contributing to the EU plan of carbon neutrality by 2050“. Most of the population (approximately 90%) living around Mochovce is in favour of the plant´s completion. (Lucia Yar | EURACTIV.sk)