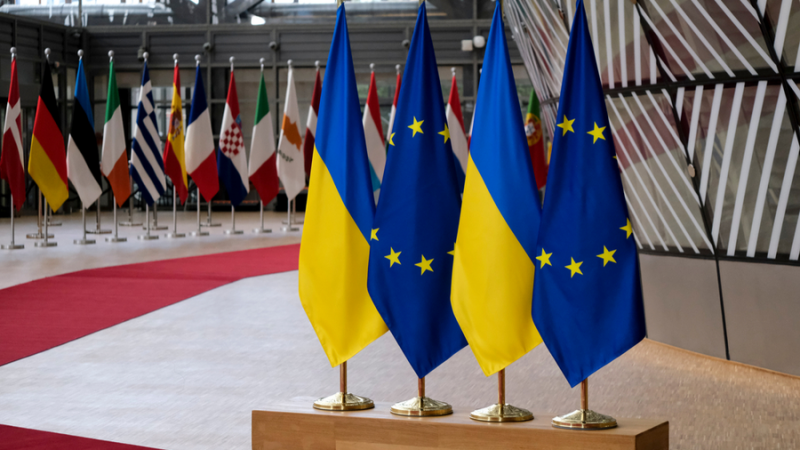 According to the prime minister, it is wrong to look solely at the economic indicators in the time of war. “There is no time to wait,” Heger added. [SHUTTERSTOCK / Alexandros Michailidis]

Prime Minister Eduard Heger (OĽaNO) wants to develop a “special track” of Ukraine’s integration into the EU. Membership of Ukraine was also supported by president Zuzana Čaputová. Both of them are in close contact with Ukrainian president Volodymyr Zelenskiy, who calls on the EU to grant Ukraine immediate membership.

“We woke up to a new world on Thursday morning. Today, we can’t try to fit this world into the old rules. Ukraine is a country at war and we will have to help rebuild after the war is over. That is why we have to come up with a new way for EU accession,” Heger said.

According to the prime minister, it is wrong to look solely at the economic indicators in the time of war. “There is no time to wait,” Heger added.

Meanwhile, Slovakia is dealing with the most significant migration wave in the country’s history. The interior ministry promised to establish “hotspots” on the borders, which would help with the influx of migrants. The Ministry promised to set them up by 27 February however, they still were not in place on Monday. Therefore, refugees can still use only three border crossings. Two of them are suitable for cars, one for pedestrians.

“It’s an organised chaos. We still miss medical personnel on the borders. Many refugees need psychiatric help, some of them are collapsing from fatigue,” said the head of Rescue Workers Chamber František Majerský.