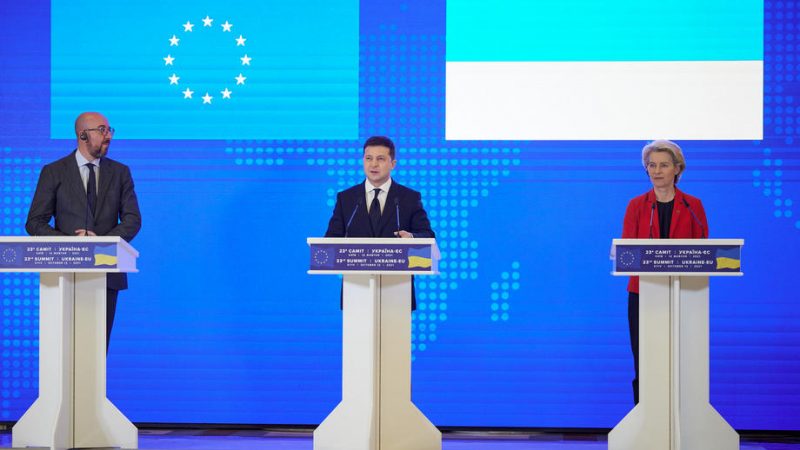 Ukraine is in danger of being cut off from Russian gas supplies, which could lead to another energy crisis. The European Commission wants to secure stable supplies for it in the future, with help from Slovakia, by increasing the capacity of reverse gas flow and supplying to Ukraine.

EU leaders pledged more support to Ukraine during a joint summit with Ukrainian President Volodymyr Zelenskiy on Tuesday. European Commission President Ursula von der Leyen said reverse flows could come from Slovakia, which since September 2014 has had an interconnector with Ukraine.

“We are ready to be part of this European solution,“ said Slovak Prime Minister Eduard Heger on Twitter.

Increasing the reverse flow capacity from Slovakia is not needed to address the current situation, said Katarína Mathernová, Deputy Director-General for Neighbourhood Policy and Enlargement Negotiations.

“Slovakia has capacities for the reverse flow of natural gas, which are not used. The point is to be prepared for the situation where the need for supply to Ukraine becomes urgent. It is a solution to provide Ukraine with enough gas for the future,” Mathernová told EURACTIV Slovakia.

Slovakia is alone among EU member states in being able to provide a physical reverse flow of natural gas to Ukraine.

“Neither Hungary, Poland nor Romania have a similar connection. The European Union offers a reverse flow from Slovakia as a political solution to this situation. This puts Slovakia in the position of a key gas supplier for Ukraine,” concluded Mathernová.