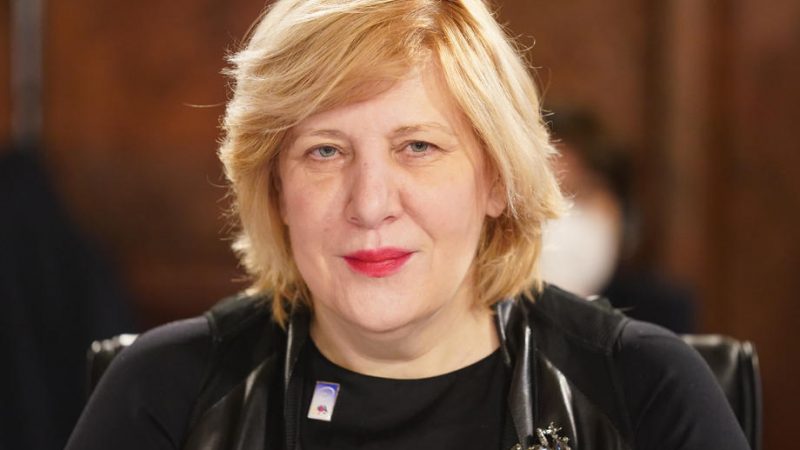 According to Mijatovic, the current mechanisms in the form of domestic civil disputes do not provide effective means of remedying this serious violation of human rights due to the many obstacles that victims face. [EPA-EFE/MARCUS BRANDT / POOL]

Slovak Justice Minister Mária Kolíková has responded to a letter from the Council of Europe Commissioners for Human Rights, Dunje Mijatović, assuring her that the Slovak government is taking seriously the decision to compensate women who have been victims of forced sterilisation in the past.

In the letter that was published on Monday, Mijatović reminded Prime Minister Eduard Heger and Kolíková that Slovakia must create a mechanism to ensure domestic and effective access to compensation for victims of forced sterilisation of women.

Even though Roma women are not the only victims of forced sterilisation, they were particularly exposed to the risk of such practices, which was clearly motivated by discriminatory attitudes towards this minority, Mijatovič stressed. She pointed out that this long-standing unresolved legal deficiency needed to be remedied as soon as possible.

According to her, the current mechanisms in the form of domestic civil disputes do not provide effective means of remedying this serious violation of human rights due to the many obstacles that victims face.

She recalled that the issue of sterilisation carried out under duress or was not subject to the full and informed consent of the victims of these practices, is currently well documented, both during communism, in the 1990s post-communist practices, as well as after 2000. These practices have also been condemned by the European Court of Human Rights.

Commissioner Mijatović has also sent a similar letter to the Czech Senate. In her official response to the Commissioner, Kolíková said that the government cabinet was approaching this issue responsibly and was interested in providing satisfaction to the victims of these practices.

“I would like to inform you that we are currently considering the possibility of adjustments in cooperation with the relevant ministries, especially with the health and finance ministry and with the support of the prime minister,” Kolíková wrote her reply, stating that Slovakia had examined the applications related to forced sterilisation, which had taken place until 2004.