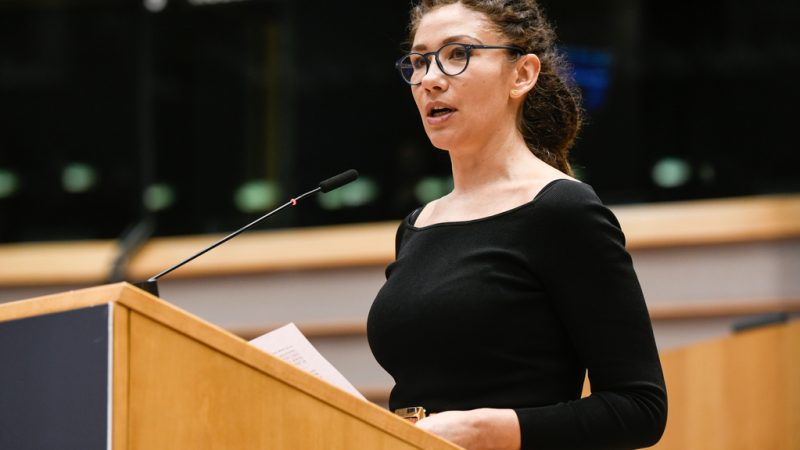 Slovakia was not able to utilise over €1 billion from the EU, Ďuriš Nicholsonová told a briefing of the Freedom and Solidarity party (SaS), which is a part of the governing coalition. [European Parliament]

Slovakia irretrievably lost €1 billion from the European Regional Development Fund as it did not reallocate the funds by the end of 2020, MEP Lucia Ďuriš Nicholsonová (ECR) has said. While coalition partner and Vice-Prime Minister Veronika Remišová – who is the minister responsible for relocating EU funds in Slovakia  – called it “deceptive” news, PM Igor Matovič commented on the coalition rupture, requesting Ďuriš Nicholsonová to discuss “such a serious failure directly with Remišová before calling for a press conference”.

Slovakia was not able to utilise over €1 billion from the EU, Ďuriš Nicholsonová told a briefing of the Freedom and Solidarity party (SaS), which is a part of the governing coalition.

However, Remišová, who recently staged her own press briefing where she claimed to have been saving “every single euro” from the funds, refuted the allegations.

The rest of the governing coalition insists that SaS undermines its unity in order to earn political points, recalling events of 2011, when a dispute on the eurozone bailout caused by SaS led to the fall of Iveta Radičová´s government, followed by the almost uninterrupted rule of Robert Fico.

PM Matovč himself has had a major clash with SaS leader and Economy Minister Richard Sulík, repeatedly accusing him of failing to purchase antigen tests for the second wave of nationwide coronavirus testing. “As a result, the second wave of tests did not go on time, and the numbers of infected logically blew up,” Matovič complained to French daily newspaper Le Monde.

According to recent opinion polls, preference for Sulík´s SaS is growing, while support for its three coalition partners is falling. (Lucia Yar | EURACTIV.sk)