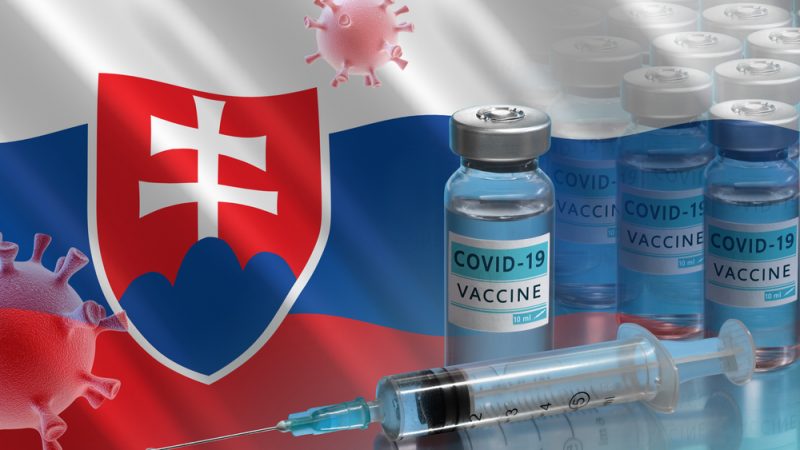 Despite expert suggestions, the coalition softened the original demands, incorporating freedoms to the unvaccinated. [Shutterstock/YAKOBCHUK VASYL]

Slovakia’s National Council approved an amendment, allowing vaccinated citizens to avoid restrictions if the epidemiological situation in the country worsens.

Despite expert suggestions, the coalition softened the original demands, incorporating freedoms to the unvaccinated. The second largest government party, right-wing populist We Are Family (Sme rodina), pushed for more exceptions, amid protests held Friday and Saturday against vaccination in front of the National Council.

The approved amendment from Health Minister Vladimír Lengvarský gives the state the opportunity to favour the vaccinated. The amendment itself does not introduce any precise rules, it only gives the chief hygienist, head of the Public Health Office of the Slovak Republic, the power to restrict entry to restaurants, theatres or hairdressers to those with a certificate of vaccination. If the situation worsens, the  unvaccinated will need a certificate of recovery from COVID-19 or a negative test. Antigen test results that will be needed for unvaccinated at work or in schools, should be free of charge and will be valid for 48 hours.

The protests over the weekend demanded scrapping of such a law, comparing it to a “vaccine fascism”. Governing party We Are Family party refused to support the original amendment, until several exceptions were not agreed upon. Those include selection of several places, where the unvaccinated will not need a negative test, as the original proposal from the ministry required  unvaccinated citizens to need a negative test in all public places. Such exceptional areas shall now include grocery stores, pharmacies, dispensaries of medical devices, drugstores and opticians.

The opposition, also supporting the demands of protesters, has already announced that it would challenge the amendment before the Constitutional Court. Through the new amendment, Health Minister Lengvarský intends to motivate people to be vaccinated. In Slovakia, only 40% of the population have at least one dose, with 35.3% having both doses.