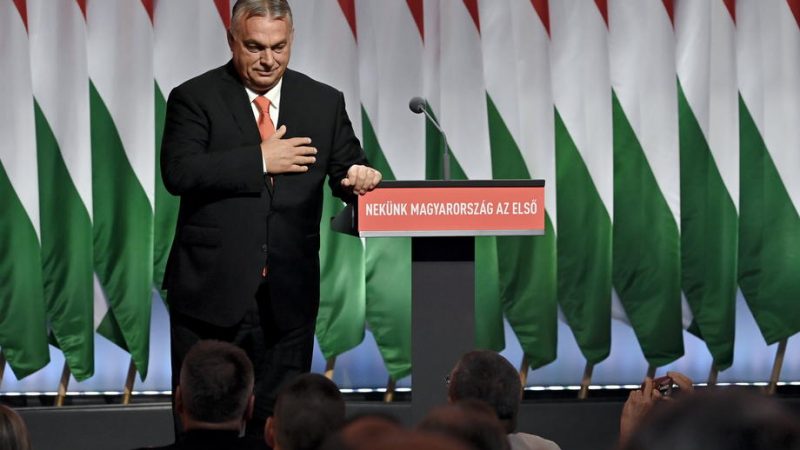 One in three (33%) Hungarians of working age have already considered leaving the country. [EPA-EFE/Szilard Koszticsak]

Alliance, the Hungarian minority party in Slovakia founded by the merger in October of three political parties, all disagree on who to support in Hungary’s elections in April. While SMK (Party of the Hungarian Community) openly supports Prime Minister Viktor Orbán’s Fidesz, the Most-Híd party, known for being anti-Orbán, calls on the Alliance to restrain from activity in the Hungarian election campaign.

Krisztián Forró, the Alliance’s leader and head of SMK Krisztián Forró, said in October that his party would not be part of any sides campaign. However, SMK shared a post on social media Monday where it called on its supporters to join Orbán’s campaign rally in Budapest.

“According to the estimates, about 700,000 people will take part in the march for the protection of national-Christian-conservative values. We ask members and sympathisers of our platform to take part in the march so that we can at least symbolically express our support for Viktor Orbán and the national government,” SMK wrote in the post, published only in Hungarian.

Many politicians of Hungarian ethnicity in Slovakia received thousands of euros from the Bethlen Gábor Fund – a state instrument for distributing money in neighbouring countries, EURACTIV reported in October. Compared to other politicians, members of SMK were among those who received the most.

Those from the Most-Híd camp have a different view on the issue. According to one of their statements, the Alliance party has agreed not to be part of the election campaign, and they say the call to join a rally in Budapest is not in line with such an agreement. Most-Híd also says that many ethnic Hungarians living in Slovakia are not fans of Orbán.