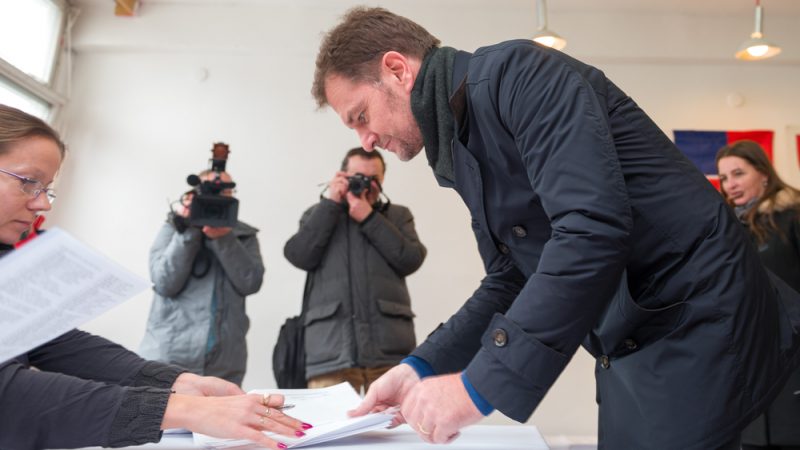 The decline of the biggest Slovak government party OĽANO (Ordinary People and Independent Personalities) continues despite Igor Matovič having recently stepped down as prime minister after being caught in the ‘Sputnik scandal’. [Shutterstock/Kollar Peter]

Slovakia’s ruling OĽANO (Ordinary People and Independent Personalities) party is continuing to slump in the polls despite the recent resignation of Igor Matovič as prime minister in the wake of a scandal over procurement of the Russian COVID-19 vaccine, Sputnik V.

Latest June polls shows support for the party slumping to just 8.2%, the lowest score since January 2020. The party was a surprise winner in the February 2020 election, gaining 25% of the vote.

The steep decline in popularity mirrors the fall from grace of former PM Igor Matovič, who is now one of the least trusted politicians in the country. Matovič stepped down after only one year in office amid a political crisis that stemmed from his confrontational style of politics and dealings with Russia over the Sputnik V vaccine.

OĽANO has not been able to roll back the tide of worsening poll numbers even after Matovič traded places with former Finance Minister Eduard Heger. Public trust in Heger is much higher, but his government continues to enmesh itself in one political crisis after another. (Barbara Zmušková | EURACTIV.sk)