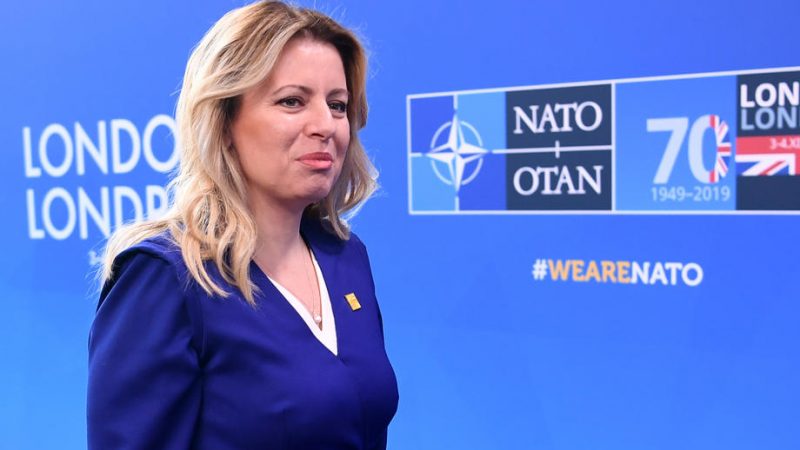 epa08043153 Eslovaquia President Zuzana Caputova Although Bratislava is still waiting for a common EU position at EU level, the issue is particularly sensitive in the country given its intentions to buy the Russian Sputnik V vaccine. [EPA-EFE/NEIL HALL]

“We stand by Czechia and support the steps taken,“ said Slovak President Zuzana Čaputová in reaction to the revelation that Russian intelligence was behind the blast of a Czech ammunition deposit in 2014, following which Prime Minister Eduard Heger announced Slovakia would convene its own Security Council on Tuesday.

Although Bratislava is still waiting for the formation of a common EU position, the issue is particularly sensitive in the country given its intentions to buy the Russian Sputnik V vaccine. However, the ruling coalition says the blast in Czechia in 2014 is in no way linked to the purchase of COVID-19 vaccines.

Slovakia’s “will be decisive, responsible but will not be reckless,” said Foreign Minister Ivan Korčok, who took part in the EU’s foreign affairs council on Monday where the Czech foreign ministry presented its case to EU partners.

Korčok admitted he had contacted the Polish foreign ministry, suggesting a “supportive declaration of the V4 foreign ministers” should be issued, something which has been accepted by all four V4 members, including Hungary.

“I see it as a clear and positive common agenda of the Visegrad Four, and an unequivocal approach towards the position of one of its members,” said Korčok.

Slovakia’s is currently attempting to secure access to the Russian vaccine. However, administration of the Sputnik V vaccine has not yet started in Slovakia, even though the jabs arrived in the country on 1 March.

Korčok, who had previously warned of Russia possibly using its vaccine as “a tool in a hybrid warfare”, is now of the belief that “we’re still dealing with the vaccine that is supposed to treat, not to have any other effects.” (Lucia Yar | EURACTIV.sk)