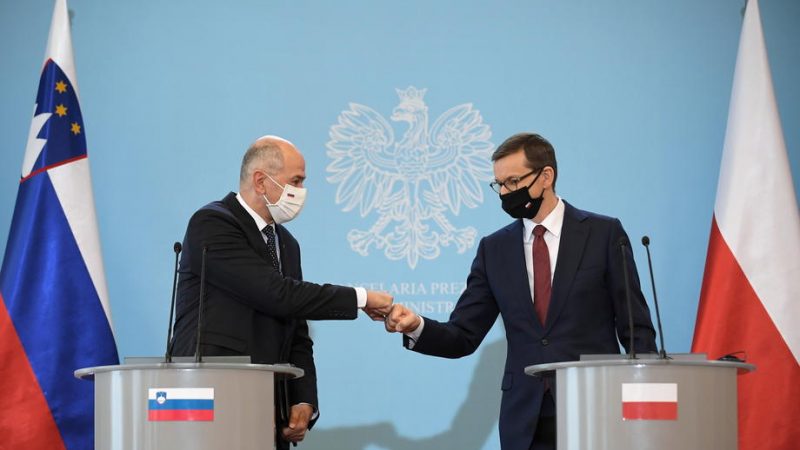 Janša expressed solidarity with Poland and condemned the actions of Alexander Lukashenko’s regime, which he said “exploited people to achieve political goals and attempted to destabilise not only Poland but also the whole EU.”

He congratulated the Polish government for “decisive and brave action – including diplomatic action – thanks to which the wave of illegal migration that has pressured the Polish border has at least been temporarily halted.”

Janša thinks that physical barriers at the borders have effectively prevented illegal migration and violence.

He noted that Slovenia had been striving to drum up support for Poland in the migration crisis as part of its EU Council presidency. Slovenia also offered direct aid in the form of police officers to help protect the border.

Morawiecki said that Slovenia and Poland shared views on security. He stressed the importance of border protection for maintaining the country’s sovereignty. “If a country wants to be sovereign, it must be up to it to decide on who is allowed to enter its territory.”