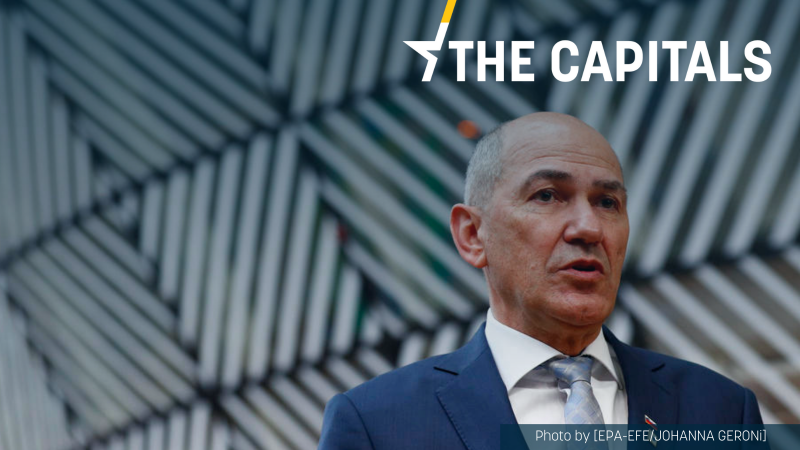 The comments come as the EU is still struggling to find a unified message on China’s coercive trade measures against Lithuania, which faces mounting direct and indirect pressure in terms of trade.

The exchange of representatives would not occur at the level of embassies but “at the same level that many EU countries already have,” Janša told Indian broadcaster Doordarshan in a recent interview.

Janša said Slovenia would support any sovereign decision of the Taiwanese people: “If they want to join China … without any pressure, military intervention, blackmailing or strategic cheating as it is happening in Hong Kong currently, we will support it.”

“But if the Taiwanese people want to live independently, we also have to support this position,” he added.

Janša noted that “a vast majority of EU member states hold a kind of representative office with Taiwan” and that there were some slight differences in the naming of the missions.

While China protested the opening of such offices by some European countries, “they never went as far as they did in this case”, Janša said, adding that it was “terrifying” to try to isolate a country in such a way.

“The EU has formally backed Lithuania, and I think that any kind of pressure on Lithuania and some other countries in Europe will not benefit China’s government. Good trade relations are in the common interest,” he said.

The statements signal a continuation of the approach that Janša laid out in a letter to EU leaders in September when Slovenia still held the EU’s rotating presidency.

At the time, he called on EU leaders to back Lithuania and said using trade as a weapon in a diplomatic dispute against one member state was “a reprehensible event which will have an impact on overall EU-China relations”.

EU’s chief diplomat Josep Borrell said that an EU–China summit at the end of March would allow reviewing “where we are in our relations with China”.

In the meantime, the EU side will stick to plans for a potential WTO case, which could take years, according to EU diplomats.

The Commission’s recently presented proposal for an anti-coercion instrument is not likely to come any time soon due to lengthy legislative processes.