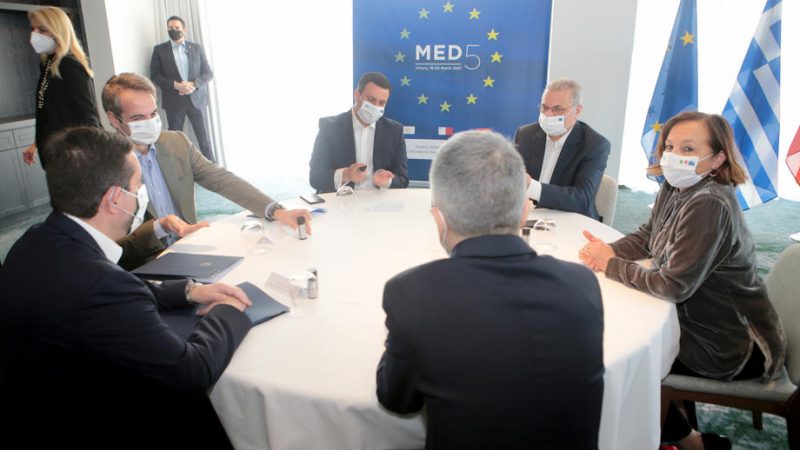 Slovenia officially became a member of the club of Mediterranean EU countries henceforth known as EU Med, which has grown from seven to nine members with the inclusion of Slovenia and Croatia at a summit in Athens.

Prime Minister Janez Janša said it was a great honour for Slovenia to join the group, which was expanding at a crucial time during Slovenia’s EU Council presidency. “This gives Slovenia a new opportunity for coordinating all open issues on the agenda,” the prime minister said.

Janša said a variety of important issues had been discussed affecting not just the Mediterranean member states but the entire EU, including major things that fit into the framework of the Conference on the Future of Europe, including strategic autonomy, climate change, the green transition, migration, security, COVID-19, recovery and resilience.

Slovenia has long lobbied to become a member and its formal application dates back to 2015. The prime minister’s office said prior to the summit that Slovenia’s inclusion was the result of its long-standing efforts to increase its presence in the Mediterranean area and forge closer links with Mediterranean countries.

Foreign Minister Anže Logar has said that membership of the group would increase Slovenia’s political weight in talks with other EU countries and in relations with the EU’s southern neighbourhood.