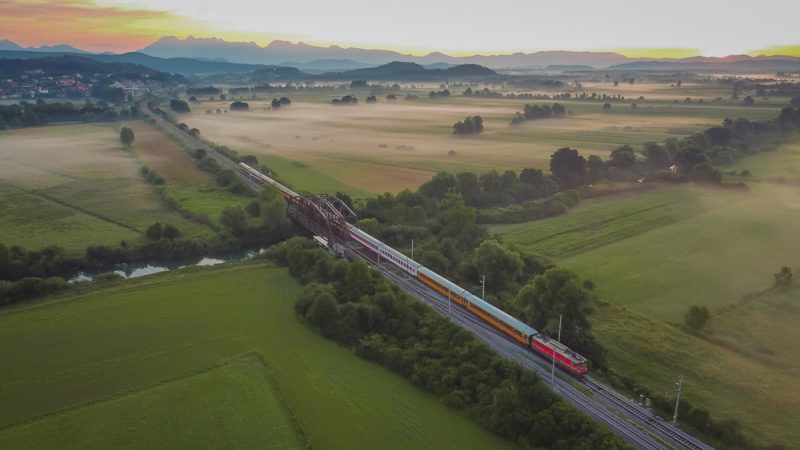 The four centre-left parties wanted to prevent Hungary from buying a stake in 2TDK, a fully state-owned company that runs the project, by specifically precluding such an option by law. [Shutterstock/Anze Furlan]

A motion by Slovenia’s opposition to sideline Hungary from the country’s biggest rail project in decades was defeated in parliament in Wednesday, clearing the way for an investment worth a reported €200 million.

The four centre-left parties wanted to prevent Hungary from buying a stake in 2TDK, a fully state-owned company that runs the project, by specifically precluding such an option by law.

They argued that construction of the 27-kilometre of track was fully funded, and that Hungary’s involvement would end up actually increasing the current €1 billion price tag.

The government has sought a bilateral agreement with Hungary as one of the most important source and destination countries for the Koper port.

Hungary would secure a stake in 2TDK with a capital injection of €200 million, and Slovenia would help it purchase land near the port to set up a logistics zone, according to the terms of the agreement, which has not been made public but has been leaked to the media.

The government now claims Hungary was not the only possible partner and
Infrastructure Minister Jernej Vrtovec said the port is important for other landlocked countries in the region as well, for example Slovakia and the Czech Republic.

But the opposition has dismissed this, pointing to friendly ties between the Hungarian and Slovenian prime minister as evidence that Hungary was the partner of choice. They also argued that preferential treatment for one or more country would undermine the Koper port’s neutral position. (Sebastijan R. Maček, STA.si)