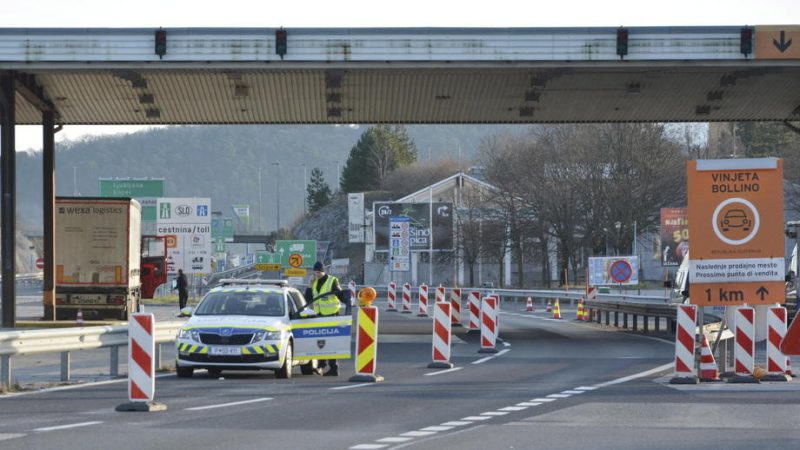 Slovenia is formally taking over on Thursday (1 July) the six-month presidency of the Council of the EU, focusing on tackling the COVID-19 pandemic and recovery, enhancing resilience to future crises, and the EU’s enlargement, EURACTIV’s partner Slovenia news agency STA reports.

But Ljubljana is also handed over the hot potato of EU migration pact, whose negotiations has currently reached a deadlock.

He announced that the 32 municipalities will receive €2.5 million extra funding for the costs in guarding the border this year as well.

Yet, the government endorsed on Tuesday a decree on deploying reserve police forces until the end of Slovenia’s EU presidency, which means not only additional help in protecting the border but also more police officers on the ground to pitch in the summer season.

In the next six months, some 1,000 reserve police officers will be deployed to various locations around Slovenia, Hojs said, adding it was hard to say where the government would send most of them.

Since they are auxiliary police officers, their job will be mainly to help the regular police force. In most cases, that will involve patrolling the southern border or helping out at border crossings, however, they will not have access to all relevant data. Reserve police officers could be also used as traffic police, the minister added.

Meanwhile, the UN Refugee Agency (UNHCR) has urged the Slovenian EU presidency to provide better protection to refugees in Europe and around the world. It also called for an agreement on the EU pact on migration and asylum.

Gonzalo Vargas Llosa, UNHCR’s Representative for EU affairs in Brussels, said the right to asylum in the EU must be preserved, and there must be no compromises in ensuring this fundamental right.

In September 2020, the European Commission put forward a new proposal on migration, which was hailed by everyone as a good starting basis, but key differences remain among EU member states.

Commission sources recently told EURACTIV that the negotiations with member states have not advanced significantly partly due to the COVID-19 pandemic. However, the thorny issue is that refugees’ relocation is still voluntary, a proposal that displeases Europe’s south.

The sources explained that although some initiatives on the matter may emerge during Slovenia’s EU Presidency, the upcoming German and French elections pose serious challenges to speeding things up.