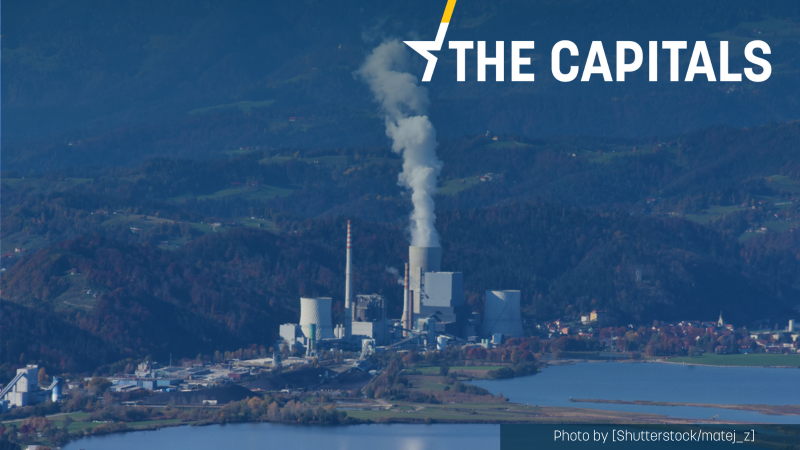 The final confirmation of the coal exit year comes after months of extensive consultations with stakeholders and local communities.

Slovenia will stop using coal for electricity generation by 2033 under the national strategy to phase out coal and restructure coal regions that the government adopted on Thursday. It is one of the last EU countries to do so. R

Confirmation of the coal phaseout timeline allows Slovenia to draw almost €250 million from the EU’s Just Transition Fund, which will be used in the country’s two coal regions: Savinja-Šalek, home to the sole coal-fired power station and active coal mine, and Zasavje, which no longer has any active mines or thermal plants.

The final confirmation of the coal exit year comes after months of extensive consultations with stakeholders and local communities.

The coal-fired power station in Šoštanj and the coal mine in neighbouring Velenje, both run by a state-owned power utility, have lobbied to push back the coal exit year, but they now appear to have accepted the deadline.

The Velenje coal mine operator said that the roadmap meant jobs would be preserved for at least another twenty years, since mine closure works are estimated to take 15 years after coal digging stops.

The company operating the Šoštanj power station said that “preservation of the energy location, know-how and technology in the Šalek Valley allows us to further develop and implement new technologies.”

Unofficial reports suggest Šoštanj, which accounts for about a third of the country’s electricity production, will not immediately shut down when coal is discontinued but will switch from lignite, one of the dirtiest coals, to natural gas.

Some estimates suggest that the loss-making facility, where a new unit opened in 2016 at the cost of almost €1.5 billion, might have to discontinue coal earlier than 2033 due to the high price of emission coupons.

This was also a point raised by environmental organisations, which have been pushing for 2030 as the exit year. “We assume that Šoštanj will have to shut down by 2030 due to more ambitious EU energy policies and the power station’s financials,” said Focus, an NGO.

Focus also sees an opening for changing the coal exit date in the coming years. It said Slovenia was one of just six countries with a coal exit date after 2030 and that one of those, Germany, has already announced it will revise its plan.