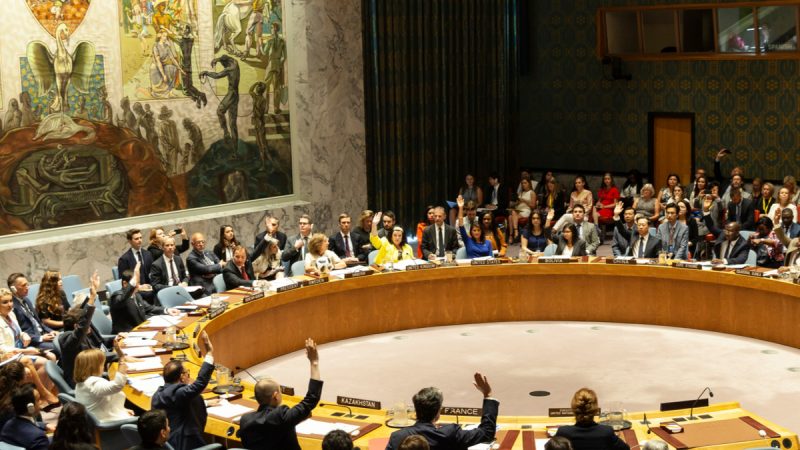 The United States has endorsed Slovenia in its effort to win a non-permanent seat on the United Nations Security Council in 2024-2025, a candidacy that pits it against Belarus. [Shutterstock / lev radin]

The United States has endorsed Slovenia in its effort to win a non-permanent seat on the United Nations Security Council in 2024-2025, a candidacy that pits it against Belarus.

The US considers Slovenia a very suitable candidate which would be “a credible voice contributing to the preservation of international peace and security”, US Secretary of State Antony Blinken was quoted as saying by the US Department of State after a meeting on Monday with Slovenian Foreign Minister Anže Logar.

“We believe that Slovenia as a country that upholds the rule of law, defends fundamental human rights and is active in multilateralism can offer the right set of reasons for support,” Logar said after the meeting.

Belarus has claimed Slovenia submitted its candidacy at the behest of the US. When asked about that, Logar said that Slovenia would focus on getting its own messages across.

“This is a joint Slovenian project, we’re at the beginning of this journey and I can say that our diplomacy will do its utmost to get as many votes as possible for our candidacy. I hope that we will be as successful as possible in this year-and-a-half-long campaign, and I hope that we will also get the support of Russia,” he said.

Unofficial sources quoted by the Delo newspaper suggest the candidacy, formally proposed by the foreign ministry, had been initiated by the US, which had been looking for a candidate to counter Belarus.

The media says the US was looking for a country that was a NATO member but also had pragmatic relations with Russia, the main sponsor of the regime of Alexander Lukashenko.