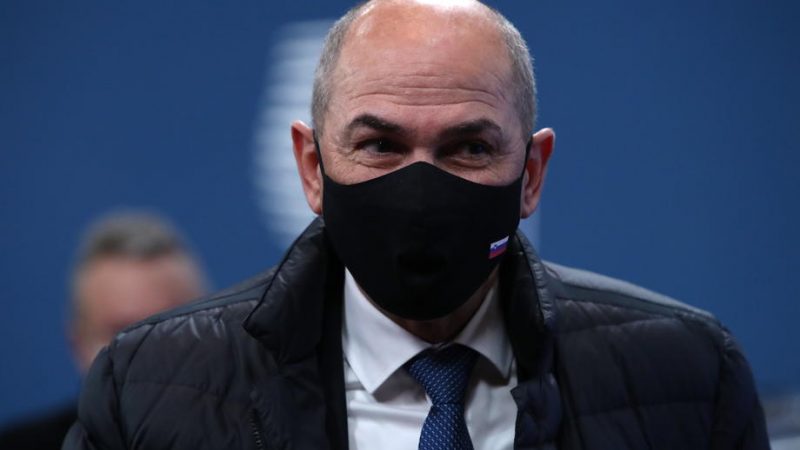 Prime Minister Janez Janša was directly cited by the newspaper that only reported his known attacks against the media, including the problems with financing state agency STA. [EPA-EFE/YVES HERMAN]

There is no censorship or government attacks against journalists in Slovenia; on the contrary, the country is dominated by “anti-government” media owned by the tycoons and controlled by the left, the Slovenian government said after a request to correct an article published in the Munich daily Süddeutsche Zeitung.

Prime Minister Janez Janša was directly cited by the newspaper that reported his known attacks against the media, including the problems with financing state news agency STA.

“As Slovenia’s EU Council Presidency is nearing, the country’s prime minister has shown in advance what could be expected from him, which is nothing good, daily Delo wrote on Saturday regarding Janša’s “indecent response to criticism in the media”, STA reported.

In a new article, the Süddeutsche Zeitung reported that “the new (CDU) leader Armin Laschet has shied away from making clear statements on whether there should be room among Europe’s Christian Democrats for people like Orbán or Janez Janša, the Trump admirer from Slovenia who bullies the media there.” (Željko Trkanjec | EURACTIV.hr)