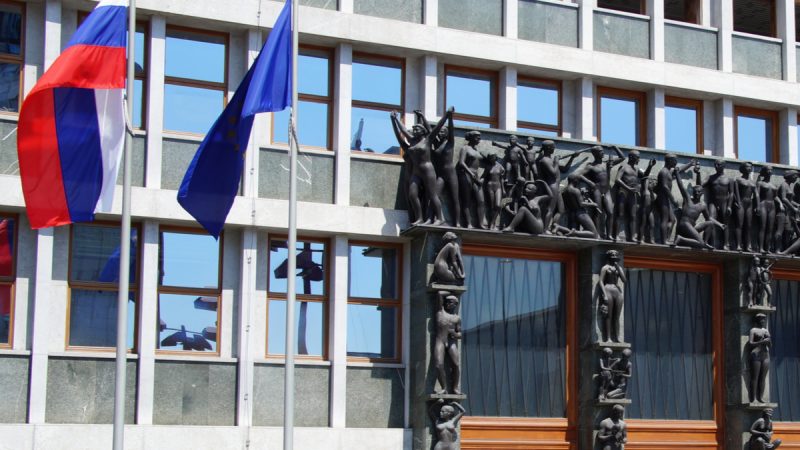 The final decision on the appointment would be in the hands of the government, and not the Public Prosecutor’s Council, which now selects the candidates. [Shutterstock / Jarretera]

As the European Public Prosecutors’ Office appointed Slovenia’s two delegated prosecutors after months of delays, it has become clear what the Slovenian government had in mind when it said its overdue proposal for the two prosecutors was “temporary”.

The justice ministry put forward amendments to the act on public prosecution that would give the government greater say in the appointment of delegated prosecutors, effectively taking the Public Prosecutors’ Council out of the equation.

The ministry would have the power to propose candidates if insufficient prosecutors applied in the public call.

The final decision on the appointment would be in the hands of the government, and not the Public Prosecutor’s Council, which now selects the candidates; the government currently only takes note of the selection.

Most importantly, one provision of the amendments states that within three months of the promulgation of the law, the government would send the EPPO a new set of candidates as prosecutors.

The move came within hours of Tanja Frank Eler and Matej Oštir receiving full five-year terms as EPPO delegated prosecutors, after the government ended months of delays and sharp criticism from the EU by endorsing the appointment on a “temporary basis”.

It is unclear whether the move will succeed. For one, the EPPO has said that national authorities only proposed the candidates. Still, it was up to the EPPO’s College to decide on their appointment, which it said was crucial for the institution’s independence.

Furthermore, opposition parties in Slovenia have thwarted the bid by tabling a legislative amendment to the same act before the government has formally adopted its version, with the explicit intention of slowing the government down.

Parliamentary rules of procedure require that the chronologically first set of amendments to a given act get priority treatment in parliament. Theoretically, the opposition could bog the legislation down in a procedural quagmire for many weeks or even months.