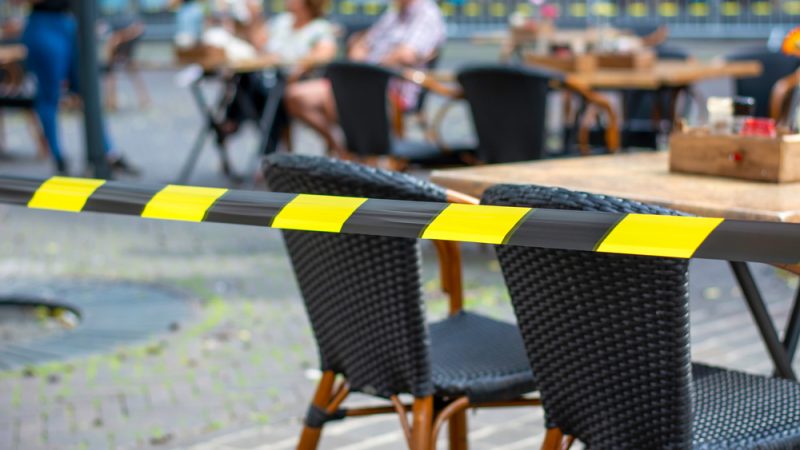 In a ruling issued on Thursday (5 May), the Constitutional Court said the decree constituted an encroachment on human rights, violating the right to protect personal information, which can only be done by law, not decree. [Shutterstock/Ellyy]

Slovenia’s top court ruled on Thursday that the government decree governing the checking of COVID passes in public places is unconstitutional – delivering yet another blow to the government’s pandemic rule-by-decree policy.

In a ruling issued on Thursday (5 May), the Constitutional Court said the decree constituted an encroachment on human rights, violating the right to protect personal information, which can only be done by law, not decree.

Throughout the COVID-19 pandemic, the government has imposed most restrictions via decree, a practice which non-government organisations, individuals and state institutions have successfully challenged in court on several occasions. This time, the Information Commissioner challenged the decree in court.

Most restrictions imposed by the government have been based on decrees invoking the rather vaguely worded Communicable Diseases Act, which, according to some, gave the executive branch broad powers to interpret its provisions and issue decrees based on that.

In its decree allowing for the checking of COVID certificates, the government invoked the Communicable Diseases Act but also the General Data Protection Regulation as the legal basis, only to be told by the court that this is inadmissible.

“The state must protect people from communicable diseases, which is one of the human rights, but not at the expense of violating another human right,” the Information Commissioner said in response to the ruling. “Besides, there was more than enough time to pass an appropriate law,” the commissioner added.

While deemed unconstitutional, the decree may remain in place for a year, the court ruled. This gives authorities sufficient time to amend legislation to be in line with its rulings to ensure there is no legal vacuum in case restrictions need to be reintroduced.