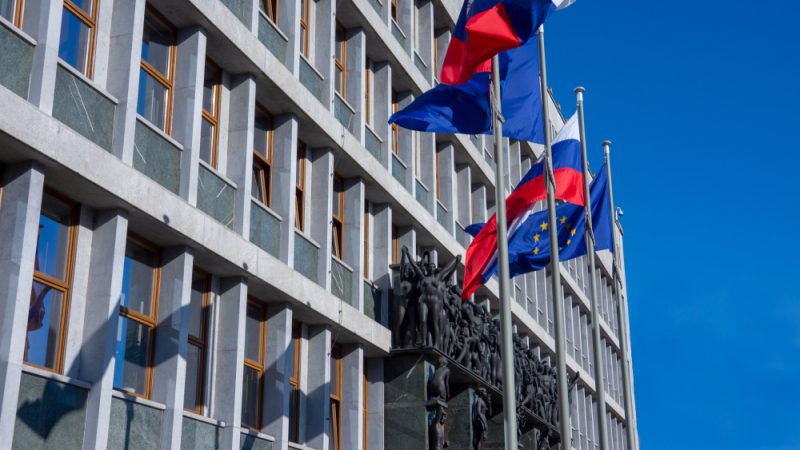 The National Assembly has passed an act that forces banks to share part of the burden of the surging cost of loans denominated in Swiss francs. [Nejc Pintar/Shutterstock]

The gridlock in the Slovenian parliament, where neither the centre-right coalition nor the centre-left opposition has a clear majority, has derailed a key multi-day plenary at which a motion to impeach Prime Minister Janez Janša was on the agenda.

On Monday (17 May) MPs failed to formally endorse the agenda of the week-long session, leading to a blame game between the two major political blocs.

The centre-left opposition voted against the agenda in protest at the balance of power not being reflected on the parliamentary working bodies which prepare bills for plenary votes, after one party left the coalition in December and several MPs of another defected earlier this year.

The opposition parties, which say the onus is on the government so secure votes, see the outcome as showing that the government no longer has a majority in parliament and it was time to call a fresh election.

“This government is doing everything to stay in power, instead of doing what is normal in normal democracies, which is to head to elections so that the people may decide who should lead the country in the future,” said Marjan Šarec, one of the opposition party leaders.

Prime Minister Janez Janša described the situation as “totally absurd”: “Speaker Igor Zorčič voted against the agenda of the plenary session he is chairing, and thus prevented a debate on a number of solutions important for the people, as well as the impeachment filed by the opposition,” he said on Twitter.

Speaker Zorčič is among the MPs who left the governing coalition, but he has not been replaced yet since the government does not have a majority. A new vote on his dismissal was scheduled at this session. (Sebastijan R. Maček | STA)