Slovenian PM Jansa gets another term as party leader 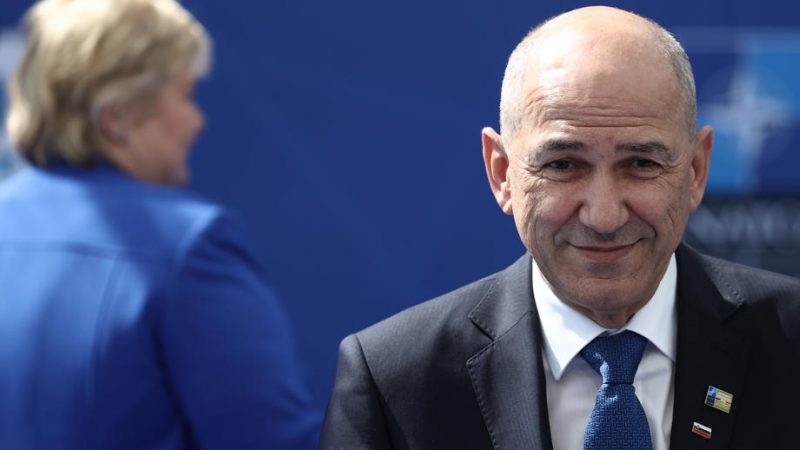 Slovenian Prime Minister Janez Janša has won another term as president of the Democrats (SDS), a conservative party he has lead without interruption since 1993. Janša ran unopposed for the eighth time in a row and out of the 656 delegates, only six voted against him.

The 62-year-old Janša said his generation still had a lot to offer in politics but stressed that a lot was also expected from the party’s youth wing in the coming years.

“We know you are capable of accepting this challenge and that you will be up to the task,” the prime minister added.

The party adopted a number of major resolutions focusing on youth and the elderly, as well as a resolution dubbed Defence of the Constitutional Foundations of the Slovenian State, which warns of the danger of extremists, particularly the Left – the Slovenian equivalent of the German leftist group Die Linke.

The document caused public uproar in the run-up to the congress due to its assessment that political tensions are so high that an additional escalation could lead to civil war.

Some pundits have accused the party of warmongering while others have downplayed the gravity of the resolution, arguing it was primarily targeted at the party’s rank-and-file as a reassurance. Some think another aim is to exacerbate polarisation, a favoured tactic of the SDS, in order to hollow out the political centre.

“We want to warn that the free functioning of anti-establishment movements or parties could create risks or lead to major political conflicts or even civil war. We do not want that, this is just a warning,” said MEP Milan Zver (SDS, EPP). He said some media had abused these statements in the past weeks, which is why some party chapters had proposed that the controversial sections be scrapped. The delegates rejected this overwhelmingly.

A last-minute addition to the resolution states that a large share of responsibility for a state of society that makes it possible for leftist ideas to gain public acceptability lay with the media, in particular the national public broadcaster. The amendment was endorsed with just one vote against. (Sebastijan R. Maček | STA)