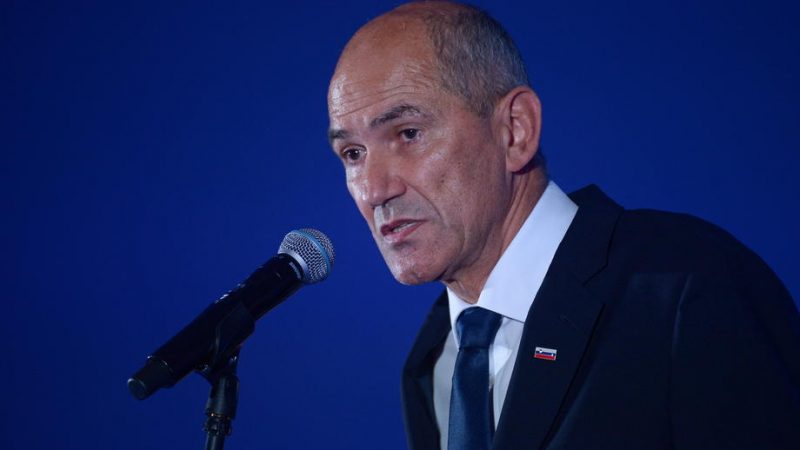 Prime Minister Janez Janša has not appeared in a single debate yet, focusing instead on presenting his government’s record over the past two years, particularly the government’s stimulus spending, and dealing with the fallout from the Ukraine war buoyed by his recent impromptu visit to Kyiv. [EPA-EFE / Marcin Obara]

A court in Velenje has ordered Prime Minister Janez Janša to pay €10,000 in damages and apologise to the opposition Social Democrats (SD) for claiming the party operated from a “stolen Jewish villa”.

The decision follows a lawsuit filed by the SD, which argued Janša “deliberately propagated a malicious lie” about the ownership of the Ljubljana villa although it “can be proven he knew the ownership is not disputable”.

The court issued a default judgement because Janša failed to respond to the lawsuit. Janša now has 30 days to appeal.

The court said that while political parties need to show a higher degree of tolerance of criticism, Janša crossed the line by knowingly and deliberately making untruthful and insulting claims.

Janša dismissed the ruling as the product of a biased court. “This is the practice of the Velenje court, which is packed with … SD members or supporters and hands out judgements without hearings and without affording the option of defence,” he said.

The claims repeatedly made by Janša had an impact beyond the domestic political scene as the European Jewish Association called on the SD to return the villa to the Slovenian Jewish community.

The SD insists the state had owned the villa before the party took ownership in exchange for another building that the party had owned before.