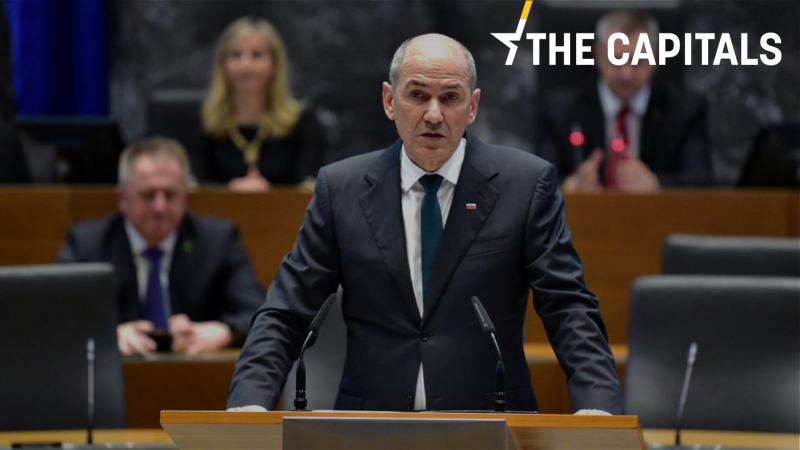 “Ever since @STA_novice are led by director (Bojan) Veselinović, they fire sick journalists and often sell lies for the truth. It is time for the director, as a political tool of the far left, to step down and be held accountable for his illegal actions. And enable STA normal work,” Janša tweeted on Tuesday.

Janša made the statements while sharing a tweet by the head of the government communication office (UKOM), Uroš Urbanija, who tweeted that Veselinovič lied in an interview with TV show Tednik on Monday, saying that STA did not wish to respond to UKOM’s inquiries about the length of news articles, calling it  “fake news”.

In response, the STA published a letter by Urbanija, sent last October, in which Urbanija asked about the number and length of interviews with pop singers STA had published.

Slovenia’s PM also inquired about how the STA guaranteed that statements written by agency employees were being objectively reported on, whether the opinion of every employee of the agency had been obtained before one such statement, and why the STA had not published an article about this.

The STA management has said several times that all the documents were available to the government as the legal representative of the sole shareholder of the agency. The government has not requested the documents but the UKOM has, providing no government authorisation for acting on its behalf, STA reported.