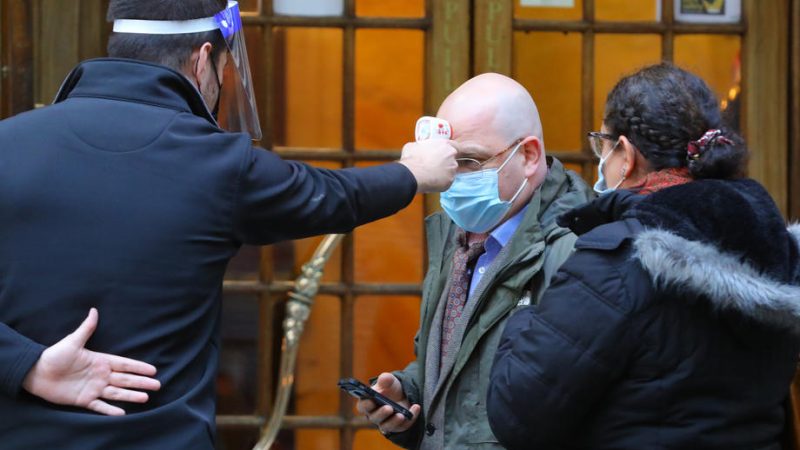 Civil servants who work directly with other people would at some point need to be vaccinated or have recovered from the virus. [EPA-EFE/VICKIE FLORES]

Civil servants are likely to be among the first groups in Slovenia to face stricter COVID-19 rules as the government steps up efforts to get as many people vaccinated as possible.

Civil servants who work directly with other people would at some point need to be vaccinated or have recovered from the virus, Economy Minister Zdravko Počivalšek said on Thursday, meaning negative tests will no longer be enough.

Počivalšek, a staunch advocate of the economy remaining open as long as possible, said there would be no more lockdowns. There are enough vaccines and the state “cannot help the economy as generously as in the past,” he added.

“This will not happen again because we have the opportunity to curb the pandemic with health measures,” said the minister, adding that he was in favour of adopting a recovered-vaccinated scheme, rather than the currently widely employed tested-vaccinated-recovered equation.

The state administration will be the first to show that it can be done as existing legislation “enables us to demand this” of those who come in contact with people, the minister also said.

Under Slovenia’s existing restrictions, staff working in many sectors such as healthcare, retail and hospitality, must either be vaccinated, have recovered from the virus, or get tested once a week. This was meant to motivate people still hesitant to get the vaccine but the testing rate has been low for several weeks now, though it has started to pick up in recent days.

At the same time, the government is facing strong criticism from businesses who have to foot the bill for the testing of their employees.

The main business lobby groups in Slovenia have called on the government to put in place regulations shifting the cost of testing onto employees, but trade unions have indicated they will fight such measures tooth-and-nail.