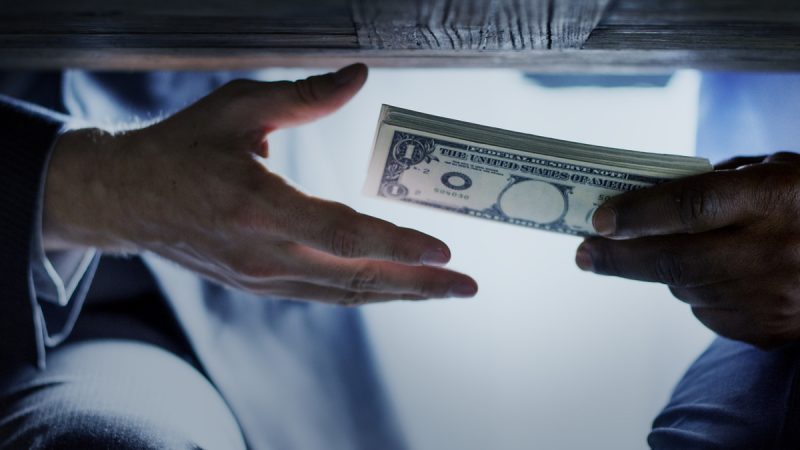 Scoring 57 points on a 0-100 scale, Slovenia diverged further from the EU average of 64 and OECD average of 67 points. [Shutterstock / Rawpixel.com]

Slovenia placed 41st out of 180 countries in Transparency International’s latest Corruption Perception Index. Down six spots compared to last year, this is the country’s poorest showing since 2013 – a performance the justice ministry dismissed as “not necessarily reflecting the objective situation”.

Scoring 57 points on a 0-100 scale, Slovenia diverged further from the EU average of 64 and OECD average of 67 points. The lowest scoring Slovenian neighbour is Hungary, which ranks 73rd. Croatia ranks 63rd and Austria is 13th.

“After years of stagnation, recurring scandals, pressure on the media, civil society and independent institutions it has predictably come to this decline, which is cause for concern,” said Samo Bardutzky, the head of Transparency’s Slovenian chapter.

The country’s anti-graft watchdog, the Commission for the Prevention of Corruption, said the results were “unsurprising” given its recent estimate that Slovenia loses €3.5 billion, or 7.5% of gross domestic product, to corruption annually.

“Consequently, we all lose out at all levels – in healthcare, social affairs, education, the country’s fast development or a rise in the quality of living,” it added.

The justice ministry, for its part, said the rankings did not necessarily reflect the actual situation in the country but were “a perception gauge that shows how individuals perceive the state of corruption prevention.”

It said the situation might improve in the future as a result of a forthcoming law on the protection of whistleblowers, which is currently being finalised.