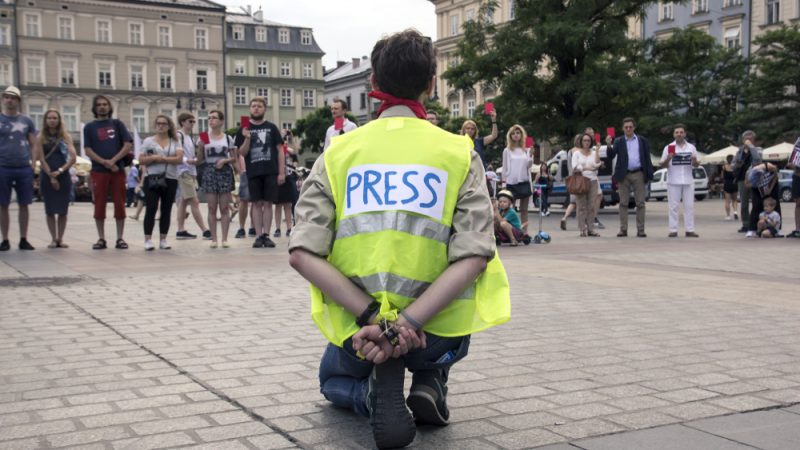 Calls to change media law and, in particular, the act on the public broadcasting service, which has cancelled several prominent news shows under new management and is seen as having botched its election campaign coverage, have also come to journalism stakeholders. [Shutterstock/Bogdan Khmelnytskyi]

Ombudsman Peter Svetina said it was the authorities’ duty to create a climate conducive to media freedom. He expects a suitable legal framework to be put in place to guarantee media freedom, ownership transparency and ban the dissemination of hate speech in the media.

“For several years, we have been calling for amendments to the media act to provide for ways to protect the public interest, measures to remove illegal content or hate speech, and sanctions for media outlets that condone such speech,” he said.

The ombudsman expects the new government to take on changes to the media law as a priority. “I expect the Slovenian Press Agency (STA) and the public broadcasting service [RTV Slovenija], which usually fall hostage to the winners of each election, to be able to work autonomously and without disruption.”

Calls to change media law and, in particular, the act on the public broadcasting service, which has cancelled several prominent news shows under new management and is seen as having botched its election campaign coverage, have also come to journalism stakeholders.

The Slovenian Journalists’ Association noted that RTV Slovenija had become the next target of the outgoing government after the STA had shown it could not be pressured into submission thanks, in part, to crowdfunding launched a year ago that saved it from bankruptcy after the government withheld funding for nearly a year.

Even though the association does not favour radical changes to media legislation, they believe urgent action is needed to depoliticise RTV Slovenija and stop the decline in trust and professional standards and allow the public media to function normally.

Jernej Amon Prodnik of the Ljubljana Faculty of Social Sciences, the main journalism school in Slovenia, sees the decline in the country’s press freedom ranking as a result of attacks on journalists and the demolition of media systematically perpetrated by Prime Minister Janez Janša’s government since it came to power in 2020.

“We have never seen such brutal attacks or political appointments of completely incompetent people in Slovenia, even though politics had tried to influence the media before,” he said.