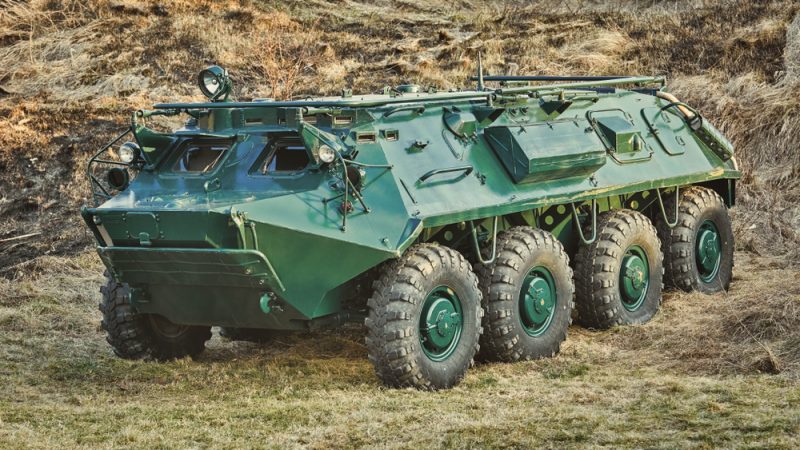 The agreement worth nearly €400 million, covers the purchase of vehicles produced by the German firm Artec, a logistics package and industry development costs. The first vehicles are due for delivery at the end of next year, and the final batch in 2026. [Shutterstock/Sergej Razvodovskij]

Slovenia’s outgoing centre-right government has sealed an agreement to buy 45 eight-wheeled armoured personnel carriers from the Organisation for Joint Armament Cooperation (OCCAR), a move that the new liberal government plans to challenge.

The agreement worth nearly €400 million, covers the purchase of vehicles produced by the German firm Artec, a logistics package and industry development costs. The first vehicles are due for delivery at the end of next year, and the final batch in 2026.

Slovenia will also reimburse €7.2 million in development costs to Germany, the Netherlands, Lithuania and the UK, which have been participating in the OCCAR programme since its inception.

However, the purchase proceeded at a break-neck pace after the Constitutional Court dismissed a challenge in late April despite the defence ministry having at first claimed negotiations with OCCAR would not start until the legal issues had been resolved. Only hours after the court decision, the ministry announced that everything had already been agreed upon.

On Wednesday (11 May), the government authorised Defence Minister Matej Tonin to sign the deal. Just hours later, he was in Munich to seal a memorandum of understanding with OCCAR, which immediately signed the final deal on behalf of Slovenia with Artec.

The speed at which the deal was negotiated has caused significant controversy. While the government still has full executive powers, the incoming coalition had urged it several times not to impose the cost on the new government.

But Tonin, long a champion of higher defence spending and keen to meet NATO spending commitments, said he was doing the new government a favour, as it will include the Left which when it was in coalition in the past, repeatedly tried to shoot down defence spending proposals.

“We’re finally where we should have been 15 years ago. Slovenia is getting top-of-the-line vehicles, which will be used for national defence and collective defence in the framework of NATO,” he said after signing the agreement with OCCAR.

It remains unclear what the new government can do, but they have pledged to leverage all means to stop the deal.

“All the three parties are opposed to the purchase, and we also agree that we will use all legal means to have this purchase revoked or annulled,” Matej Tašner Vatovec, a senior MP for the Left, said on Thursday (12 May).

However, a senior defence ministry official said the option of withdrawal from the deal had not even been considered, which is why a termination would involve penalties “that would probably be quite high.”