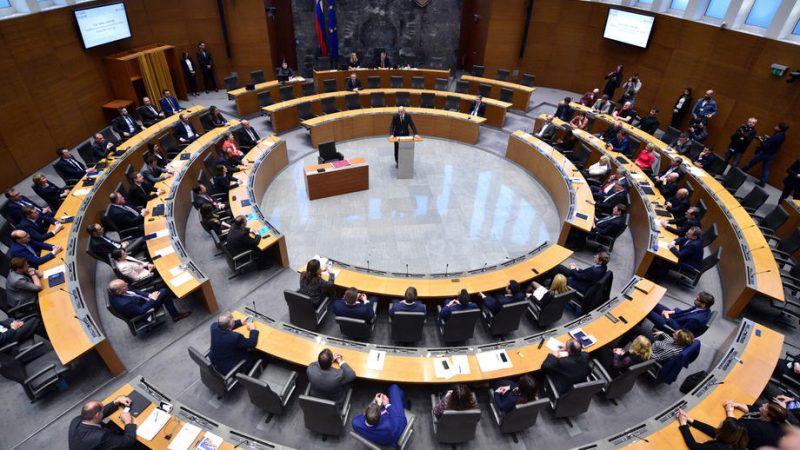 Slovenia’s National Assembly rejected a motion of no confidence against Culture Minister Vasko Simoniti, with 43 votes in favour of his dismissal and 40 against, but still falling short of the majority of 46 votes needed.

Three MPs of the Pensioners’ Party (DeSUS) were absent, one voted for no confidence, while one voted against.

Former Health Minister Tomaž Gantar, who also served as vice-president of the party, left DeSUS, announcing the decision at a session of the DeSUS executive committee on Thursday.

He told STA news agency he had been waiting for a proposal to consolidate the party, but given the developments, he decided to formally leave the party. SMC president Zdravko Počivalšek said that the party is determined to move forward and those who are committed can be with them.

He tweeted that the opposition still does not have enough votes to overthrow the government but if three DeSUS deputies vote in favour of the opposition, then they have the  46 votes needed.

Prime Minister Janez Janša did not comment but he and Simoniti will take part in a debate on the situation in Slovenia hosted by the European Parliament’s Democracy, Rule of Law, and Fundamental Rights Monitoring Group on Friday.