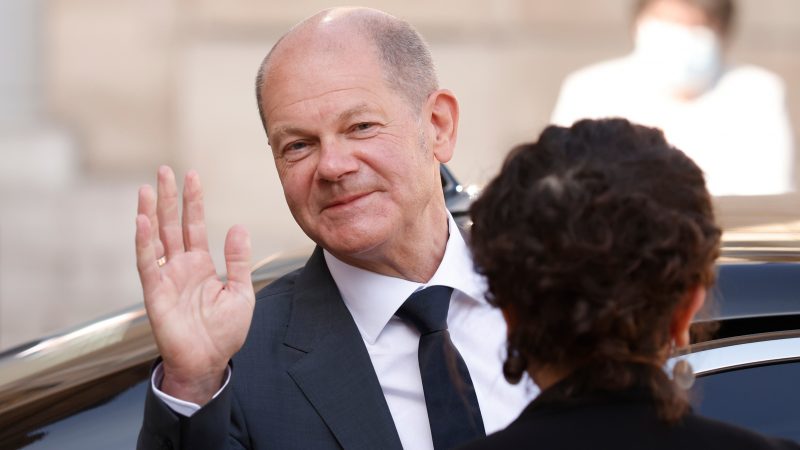 It would be the first time in German history that a three-way government comes into power, as the FDP is increasingly left without options. [EPA-EFE/YOAN VALAT]

As would-be chancellor Olaf Scholz travelled to Washington to attend the annual convention of the IMF and the World Bank in his role as acting minister of finance, his would-be coalition partners concluded exploratory talks with his party.

“We will evaluate the deliberations of the last few days and put on paper what we can collectively sustain,” said Volker Wissing, secretary-general of the business-friendly liberal FDP party. He announced that the party leadership would decide by Friday whether to recommend the party committees enter coalition negotiations.

“Similarities have become greater, differences smaller,” summarised Michael Kellner, secretary-general of the Greens. The social democrats are the Greens’ preferred coalition partner in what is referred to as a “traffic light” coalition.

It would be the first time in German history that a three-way government came into power, as the FDP is increasingly left without options.

Its preferred coalition party, the conservatives, dismantled the party leadership on Monday, putting the FDP in a challenging position. It can no longer credibly seek to form a so-called “Jamaica” coalition with the Greens and the conservatives.

“We set out together,” said Lars Klingbeil, secretary-general of the social democrat SPD, following the conclusion of the exploratory talks, adding that there were “two days of hard work ahead.”

For the SPD, beginning coalition negotiations with the smaller parties next week is a given, EURACTIV understands.