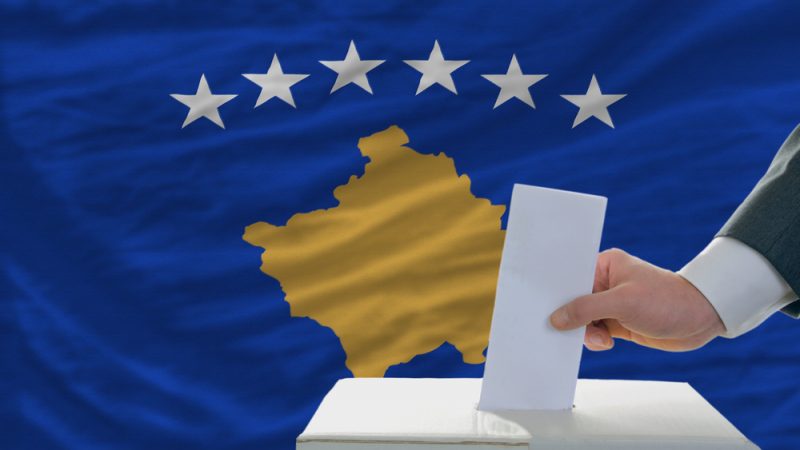 The government, led by the Democratic League of Kosovo (LDK), was elected by 61 MPs in the 120-seat parliament. [Shutterstock/vepar5]

Kosovo will hold snap parliamentary elections on 14 February after the Constitutional Court ruled last month that the parliamentary confirmation of its government in June 2019 was illegal, announced acting Kosovo President Vjosa Osmani.

The government, led by the Democratic League of Kosovo (LDK), was elected by 61 MPs in the 120-seat parliament.

The opposition party of Vetevendosje (Self-determination) – whose government was ousted after a no-confidence motion in parliament – asked the Constitutional Court to rule on the legality of that government, arguing that the decisive vote of MP Etem Arifi, representing a Roma minority party, was illegal because he had already been convicted of fraud.

Since Kosovo declared independence in 2008, not a single government has finished its full term, GazetaExpress reported.

President Osmani hosted representatives of QUINT (France, Germany, Italy, the UK and the United States) and the EU Office in Kosovo.

“During the meeting, acting President Osmani emphasised that protection of integrity and reliability of the election process is of priority for the country’s institutions, thus implementing the will of citizens expressed through the open vote,” the president’s office said in a statement.

Acting president Osmani also emphasised the importance of the involvement of international observers in monitoring the election process and asked for the support of QUINT and the EU in this process. According to the president’s office, representatives of QUINT and the EU Office in Kosovo expressed their support for Kosovo institutions in organising a free and democratic election. (Željko Trkanjec | EURACTIV.hr)