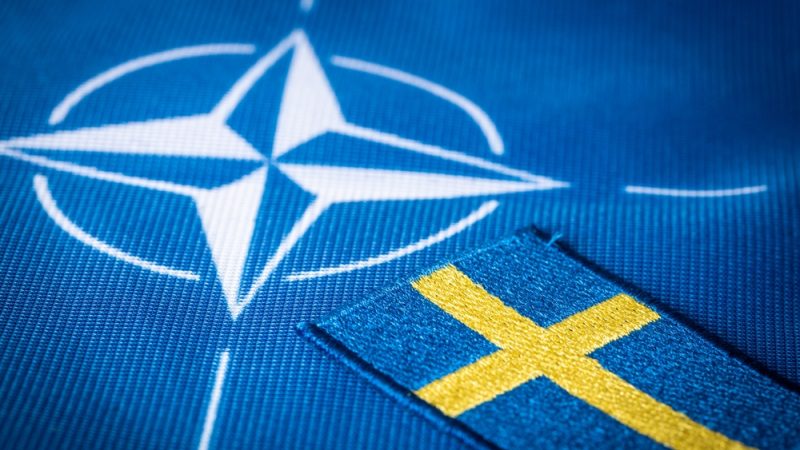 After an extraordinary meeting of its party board on Sunday (15 May), the ruling Social Democrat party officially announced they favoured joining NATO, shifting from their longstanding non-alignment and neutrality policy. [Shutterstock/Andrzej Rostek]

In a historic move, the Social Democrats’ party board said it favoured a NATO application with “unilateral reservations against the deployment of nuclear weapons” in a press release on Sunday.

After an extraordinary meeting of its party board on Sunday (15 May), the ruling Social Democrat party officially announced they favoured joining NATO, shifting from their longstanding non-alignment and neutrality policy.

However, the party will “work to ensure that Sweden, if the application is approved by NATO, expresses unilateral reservations against the deployment of nuclear weapons and permanent bases on Swedish territory,” the party press release also reads.

“In the situation that has developed, it is natural that we must choose to join NATO,” said Defence Minister Peter Hultqvist, who had previously opposed NATO membership.

“Today, the Swedish Social Democrats took a historic decision to say yes to a membership application to NATO. The Russian invasion of Ukraine has worsened the security situation for Sweden and Europe as a whole,” Foreign Minister Ann Linde wrote on Twitter.

“We Social Democrats believe that the best thing for the security of Sweden and the Swedish people is for us to join NATO,” said Prime Minister Magdalena Andersson at a press conference following the party’s historic NATO decision.

The decision has “been taken after careful consideration”, the prime minister said.

Sweden and the Swedish people “live in a new and dangerous reality,” in which “we believe that Sweden needs the security guarantees that come with membership of NATO,” she also said.

Andersson further declared that Sweden would be vulnerable during the NATO application process and urged Swedes to seek information from credible sources.

The Swedish plan is now to submit a NATO application on Tuesday (17 May) together with Finland, following a vote on NATO in the Swedish Riksdag on Monday, according to SvD. With the Social Democrats in, the vast majority of the Swedish parties favour a NATO membership.

If approved by parliament, the request will be submitted to NATO Secretary-General Jens Stoltenberg.