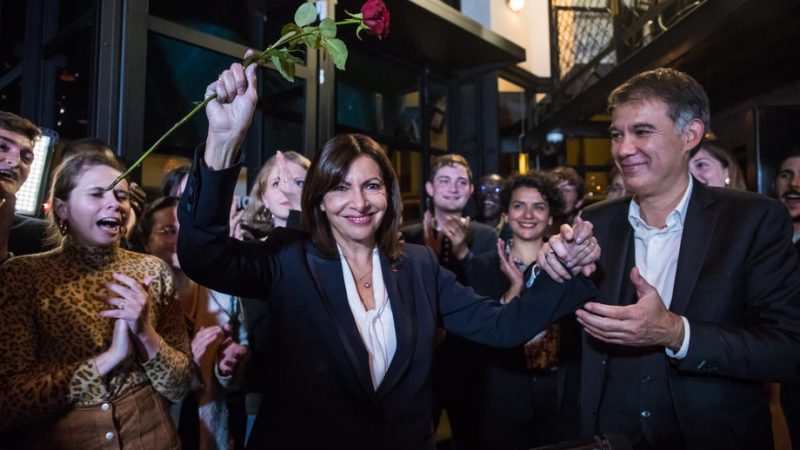 Over 1,500 people gathered in Lille on Saturday (23 October) to support Paris mayor Anne Hidalgo’s bid for the French presidential race which will take place in April 2022.

The mayor of Lille, Martine Aubry, MEP Sylvie Guillaume, and the former prime minister Bernard Cazeneuve were among those present to support the socialist candidate.

“Our Republic breaks down when inequalities in wealth and assets explode. Our Republic breaks up when it can no longer promise a better future to its children. It is no longer convincing when, in the face of the climatic disruption caused by human action, it proposes only inaction or disdain. The environmental crisis is here, we are here, and nothing is being done”, said Hidalgo during her speech.

Among the first proposals of Hidalgo’s programme, on the ecological side, are plans for carbon neutrality by 2050 and the creation of a “climate wealth tax”. On the social side, Hidalgo wants total wage equality between women and men within five years. She also proposes to lower the voting age to 16.

Hidalgo also aimed a broadside at President Emmanuel Macron: “In France, there is no Jupiter, no providential man. No, in France, there is French people who live, who think and who deserve consideration,” she said.

It remains to be seen whether the Socialist Party candidate will gain any traction in the campaign as Hidalgo is currently polling between 4 and 5% in the polls.