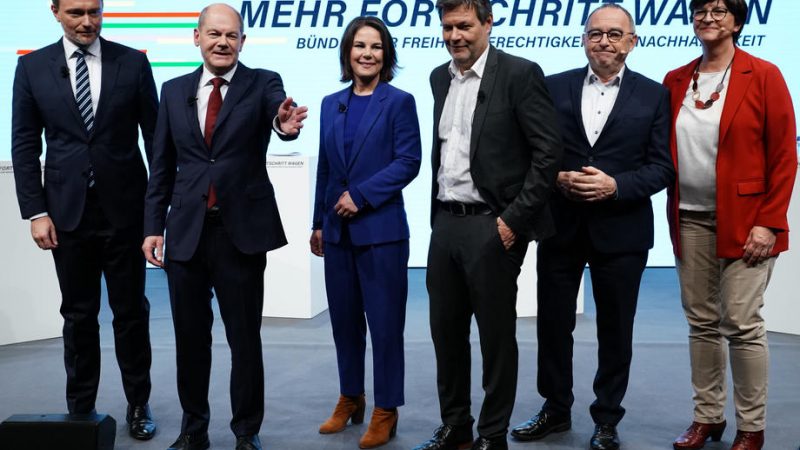 Following the grand reveal of the “traffic light” government’s coalition agreement, the parties’ members had the last say this weekend on whether the social democrat SPD, the Greens and the FDP should form Germany’s first-ever three-way government.

With designated Chancellor Olaf Scholz at the helm, the SPD overwhelmingly voted in favour of entering government based on the coalition agreement: 98.84% of party delegates at the special party convention voted in favour.

“This will be a government of three parties that want to dare more progress for Germany,” Scholz said before the vote on 4 December.

Similarly, the most junior party in the government, the FDP, also put the decision to vote by party delegates.

“Today we can say: It is better to risk this coalition than to forego opportunities to shape the future,” said designated finance minister and party chief Christian Lindner as he extolled the virtues of the coalition.

The Greens put the decision to a party-wide digital members’ vote, which, while expected to result in a majority for yes, will likely show how disgruntled the leftist wing in the party is.

One of the party’s foremost left-wing leaders, Anton Hofreiter, had received the coup de grace by pragmatist Cem Özdemir, being overlooked for the post of minister for agriculture in a snub to the party’s left-wing.