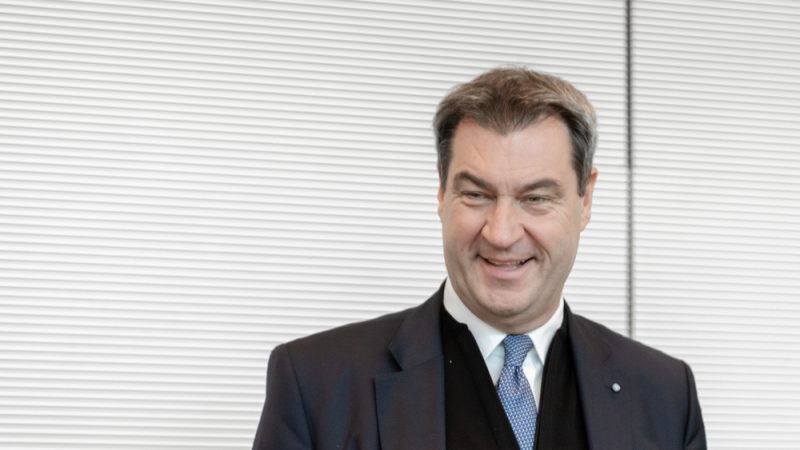 Söder argued it would be "good if the German Ethics Council were to make suggestions as to whether and for which groups compulsory vaccination would be conceivable."  [Shutterstock/ photocosmos1]

Bavarian leader Markus Söder (CSU) kicked off a debate on Tuesday, after suggesting that Germany’s healthcare workers, particularly those in nursing homes, should be required to get immunised against the virus, the German daily Süddeutsche Zeitung reported.

Given the increased risk of catching and transmitting the virus in certain segments of the population, Söder argued it would be “good if the German Ethics Council were to make suggestions as to whether and for which groups compulsory vaccination would be conceivable.”

Vaccines are currently being administered on a voluntary basis.

Both Health Minister Jens Spahn and the German Ethics Council have rejected a broad vaccine mandate, and Söder’s proposal has largely been criticised.

“The path we are taking is successful. Then it is also better to continue on this path than to somehow come up with another coercive measure,” said a Berlin senator.

Medical professionals also voiced their disapproval. The nurses’ association in Söder’s home state of Bavaria opposes his idea, the association’s president, Georg Sigl-Lehner, told the Süddeutsche Zeitung. “Our experience is: where there is good information, the willingness to vaccinate also increases”. (Sarah Lawton | EURACTIV.de)