By Krassen Nikolov and Zoran Radosavljevic | EURACTIV.bg and EURACTIV.com 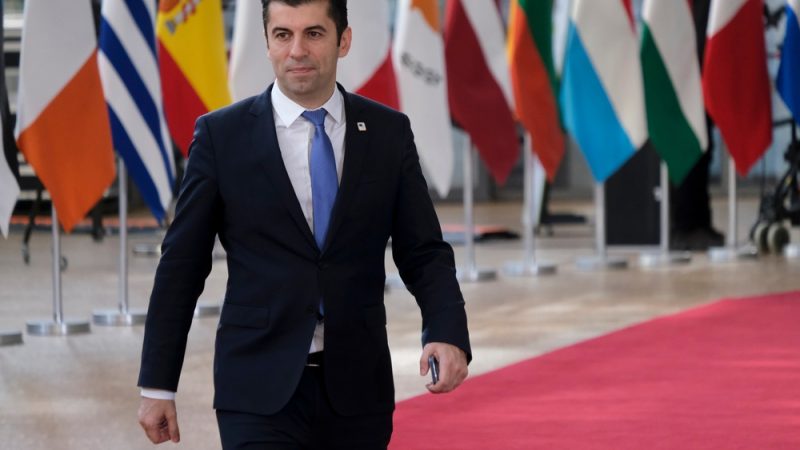 Bulgaria does not want the recognition of its minority community in North Macedonia but for the registration of Bulgarians as nation-building people in the Constitution so that they have all the rights that other peoples there enjoy. [Shutterstock/Alexandros Michailidis]

Bulgarian Prime Minister Kiril Petkov will not visit Skopje soon as there is no document to work on regarding the Neighbourhood agreement, Lena Borislavova, the head of the prime minister’s office, told Bulgarian national television in an interview, while Skopje was more optimistic, saying it hopes “to reach an agreement with Bulgaria” during the French EU Council presidency.

“There will be no recent visit, as we do not have a document on which we can work on the Neighbourhood Agreement, so as the Macedonian side confirmed on Saturday (14 May), the intergovernmental conference is postponed until we see steps related to meeting the criteria, with understanding and actions proving that the fight against discrimination against the Bulgarian ethnic minority,” Borislavova said.

Bulgaria does not want the recognition of its minority community in North Macedonia but for the registration of Bulgarians as nation-building people in the Constitution so that they have all the rights that other peoples there enjoy.

North Macedonia argues it has made enough concessions already, and these issues should be worked out as chapters are open as part of the accession process.

Ten days ago, Macedonian President Stevo Pendarovski announced that Skopje must have “some guarantee from Bulgaria, even better from Brussels and the entire European Union, that the issue of including Bulgarians in the Constitution will be Sofia’s last request.”

“The Prime Minister also stressed that there is no expectation at the moment, even when this conference was on the agenda,” Borislavova said.

Earlier, Petkov told the MPs that he would visit North Macedonia on 22 May for an intergovernmental meeting. Last week, he rejected claims that a specific agreement would be signed during the visit.

When questioned by MPs, Petkov assured that talks between the two governments would continue. “The meeting has not yet been finalised in its exact composition, but one thing is for sure – we are just continuing the constructive dialogue, but nothing concrete will be signed,” he said.

North Macedonia, for its part, has rejected the proposal for a joint government meeting with Bulgaria. There are no conditions for that, Macedonian Prime Minister Dimitar Kovachevski explained, quoted by BGNES.

However the Deputy Prime Minister in charge of European Affairs, Bojan Marichic said his country is not working “against any set date” but hopes to reach an agreement with Bulgaria to lift its veto so that Skopje can start its EU accession talks “during the French EU presidency” – which ends on 30 June after which the Czech Republic, which has made no secret of its commitment to enlargement, takes over until the end of the year.

“We have an intensive dialogue with Bulgaria, and we have a plan of reforms we are implementing. We are not setting any dates, but we expect this to happen as soon as possible, to use the leadership of Emmanuel Macron and France during its EU presidency, and start the accession talks,” Marichic told Serbian news agency Tanjug.

“We are realistic and rational optimists. Our reform plans are long-term, and the decision is up to the EU,” said Marichic.

“Whether it will be in June or some other month, we don’t want to be bound by that. We just want this to happen as soon as possible because this situation is detrimental for our relations, for the Western Balkans and the European Union,” Marichic told Tanjug.

Dimitar Gardev, the international secretary of ‘There is such a people’, which is part of the ruling coalition, announced that at the request of Bulgarian secret services, Bulgarian Foreign Minister Teodora Genchovska was accompanied by her own bodyguards during visits to North Macedonia. According to him, “over the last year, bilateral relations between Bulgaria and North Macedonia have not improved but deteriorated.”