Sofia wants business with Skopje, but will not lift veto soon 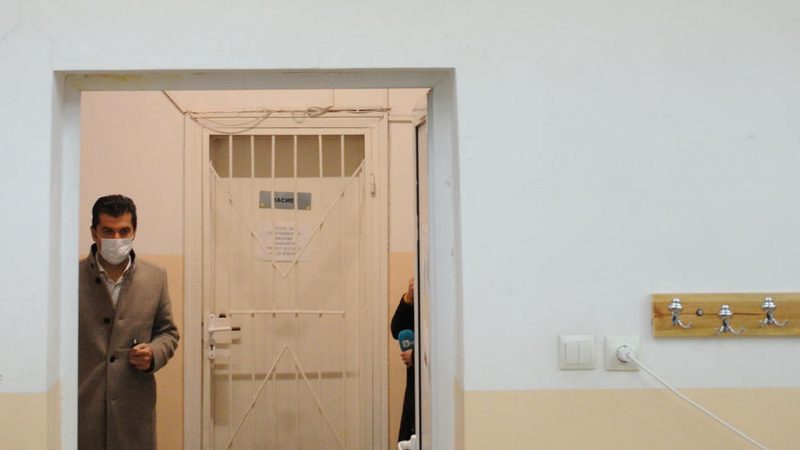 The government in Skopje had hoped that the new Bulgarian government could lift its veto on EU integration in the coming weeks under pressure from EU and US partners. [EPA-EFE/VASSIL DONEV]

North Macedonia will receive a softer tone from the future Bulgarian government, but an immediate lifting of its veto on European integration seems unlikely.

On Saturday night, the parties of the future quadruple ruling coalition in Sofia agreed to maintain a “unified Bulgarian position” towards Skopje, promising to “upgrade dialogue in a constructive spirit”. The position was clarified after nearly seven hours of negotiations between “We continue the change”, BSP, “There is such a people” and “Democratic Bulgaria” on the new government’s foreign policy.

The talks ended on Saturday evening. The leading political formation in the coalition is “We continue the change”, which won the parliamentary elections with over 25% of the vote. Its co-chairman, Kiril Petkov, is the most likely new prime minister.

He managed to avoid writing in the coalition agreement that Bulgaria would maintain its current firm stance towards Northern Macedonia. At the same time, the Socialist Party (BSP), which insists on maintaining the veto, has received guarantees that if there is any change in Bulgaria’s position, it will not happen quickly.

The government in Skopje had hoped that the new Bulgarian government could lift its veto on EU integration in the coming weeks under pressure from EU and US partners.

“We want to show change not in words but in activity. We really want to achieve results (with North Macedonia), to see that the work between the two countries has begun, ” said Kiril Petkov.

The future government will establish a direct Sofia-Skopje flight, build links on Corridor 8 and boost economic dialogue. “We want a pipeline of meetings, the dialogue to become regular,” said Petkov.

The probable future Foreign Minister Daniel Lorer commented that the appropriate first step in relations with Skopje is to start negotiations in all joint commissions – not only the historical ones but also transport and economic commissions.

“Change continues” wants North Macedonia to intensify talks and start removing signs and texts, including in school books, that use hate speech against Bulgarians and Bulgaria.

“It is very important for us to bring real business into the economic commission. The negotiations should not be seen only by the government,” Kiril Petkov said.

The BSP’s proposal was accepted that Bulgaria expects the authorities in Skopje to guarantee equal rights and opportunities and protection from discrimination against citizens in the Republic of Northern Macedonia who identify as Bulgarians.