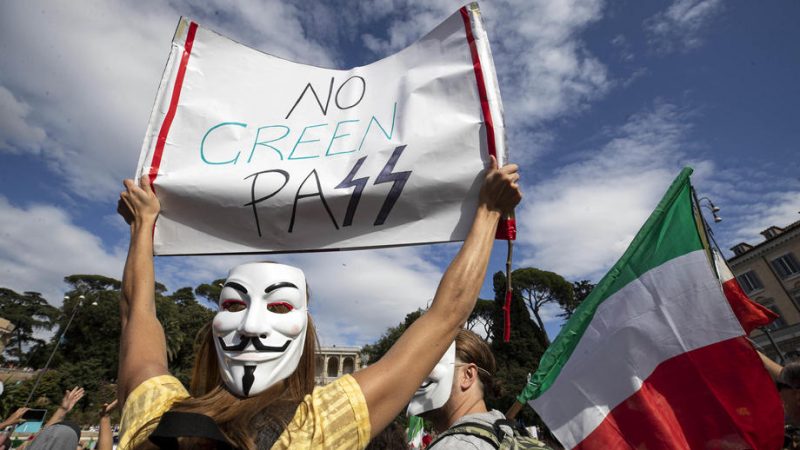 In Italy, 76.75% of the population has completed the primary vaccination cycle. 2.35% are waiting for the second dose, while 5.26% received the third one. [EPA-EFE / MASSIMO PERCOSSI]

Italy’s northern regions of Liguria, Trentino Alto Adige, Friuli Venezia Giulia, and the southern region of Calabria are calling on the government to enforce a lockdown for unvaccinated people. This follows the lead of Austria, which ordered lockdowns for unvaccinated citizens from Monday (15 November).

Other northern regions like Emilia-Romagna and Lombardy have expressed doubts about such a measure, while the region of Veneto has vehemently opposed it.

“We will ask the government that tighter measures, linked to the colour bands, apply to people who have not taken the vaccine, not to people who have done so,” said Giovanni Toti, the governor of Liguria’s region. The latter refers to the Italian colour bands system, where regions with specific colours (white, yellow, orange, and red) have certain restrictions linked. Veneto’s governor Luca Zaia is against such a measure as, according to him, it would be against the Italian Constitution.

Currently, only clinically vulnerable people, healthcare personnel, guests and staff of nursing homes, those who received the Johnson & Johnson vaccine, and those over 60 can receive the third dose. From 1 December, Italian citizens in the 40-60 age group will be included in the third dose vaccination campaign.