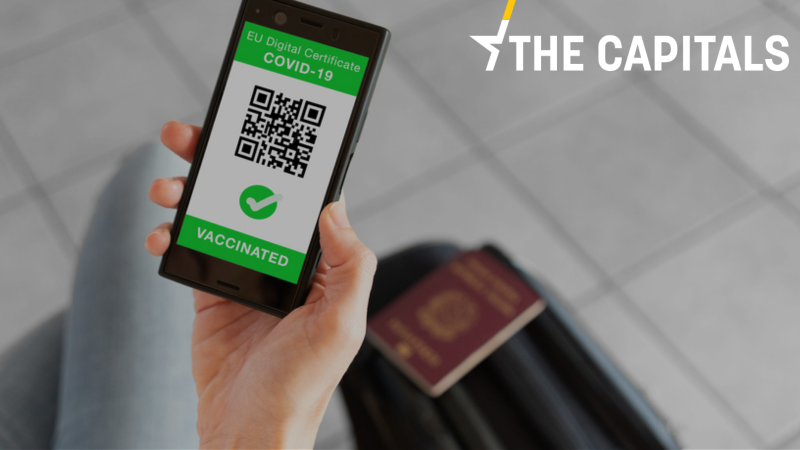 The European Commission is set to propose either a recommendation or a delegated act to extend the use of COVID certificated to travel in the EU, a source close to the matter told EURACTIV.com. The source added that the certificate will expire twelve months after the last dose of a COVID-19 vaccine was administered.

This means for someone to travel, either a test or a third dose of the COVID-19 jab will be required.

It is not certain if the Commission’s proposal will be in the form of a delegated act or a recommendation. EURACTIV was informed that the EU executive would submit a proposal to the Council on Friday.

The source said member states in principle agree with the Commission’s direction but admitted that they do not want to “make too much noise around it” considering the high number of unvaccinated people in their countries.

Romania, Bulgaria, Hungary, Czechia, and Greece have already started offering citizens of all ages the third dose. On Wednesday, Belgium joined the club and will begin administering the third dose to the general population in the first months of 2022.

Other countries have recommended it for the elderly and those with underlying health issues.

Meanwhile, Commission staff will get the third dose next week, and the process is expected to be finalised at the end of January 2022.

Following pressure from the European Parliament, the current regulation on the COVID-19 pass was supposed to last for one year. However, the source estimated that EU lawmakers are not expected to oppose the Commission’s plans considering the worsening pandemic situation.

Europe has recently seen a sharp increase in infections and deaths across the bloc.

The European Centre for Disease Prevention and Control (ECDC) map shows that eastern European countries, which have reported low vaccination rates, have entered the red and dark red zones. 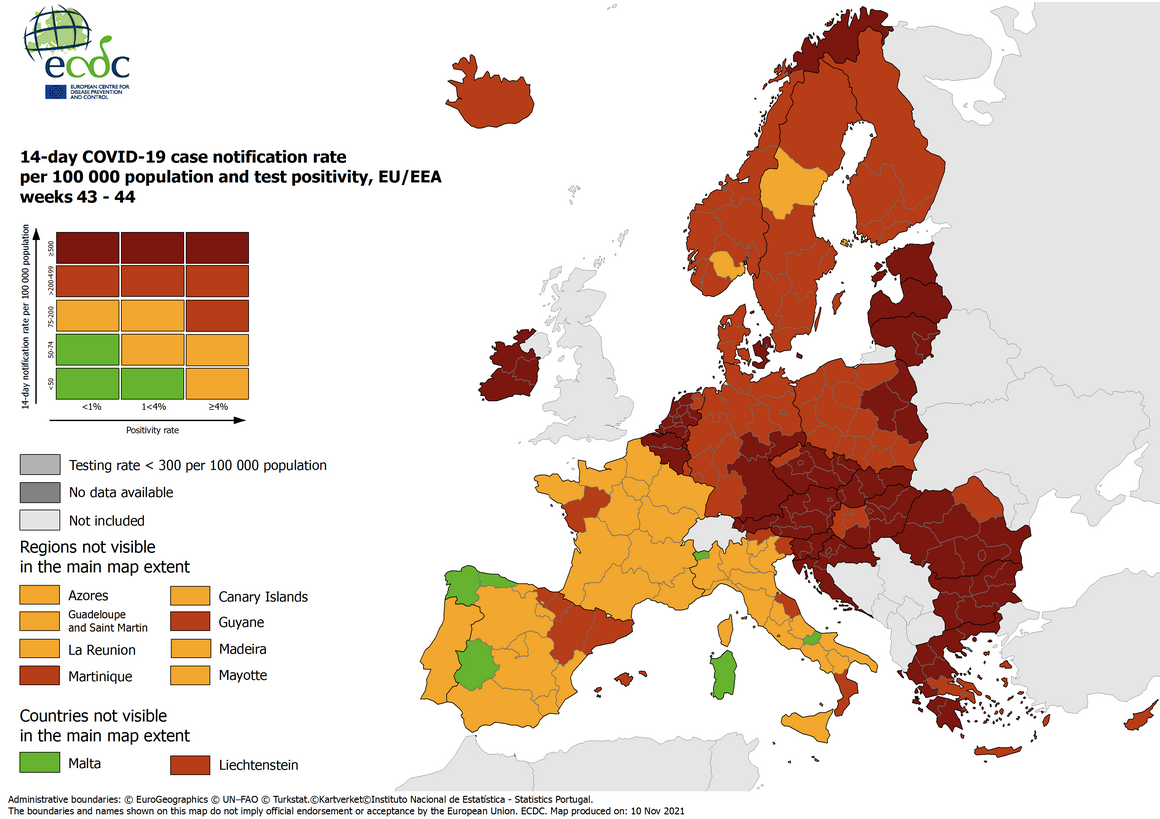 Europe has recently seen a sharp increase in infections and deaths across the bloc. [Source: ECDC]

On the contrary, most western EU countries, where vaccination levels are above the EU average, remain mainly orange.

The ECDC has warned that countries with COVID-19 vaccination coverage at or below the current EU average “have a high risk of experiencing a significant surge of cases, hospitalisations, and mortality from now until the end of November 2021.”

“In such a scenario, due to very high virus circulation, fully vaccinated vulnerable populations are also at risk of experiencing an infection with a severe outcome,” the ECDC said.

The US Food and Drug Administration (FDA) also mulls expanding access to booster shots for the Pfizer coronavirus vaccine for all adults as early as Thursday, CBS News reported on Tuesday.

The World Health Organisation has strongly opposed the administration of third doses considering that other pooper regions worldwide are still waiting for the first jab.

WHO chief Tedros Adhanom Ghebreyesus has called it a “scandal”. According to the WHO, just five African countries, less than 10% of Africa’s 54 nations, are projected to vaccinate 40% of their people fully.