UPDATE: Polish delegation ‘about to pull out’ from EU conservatives? 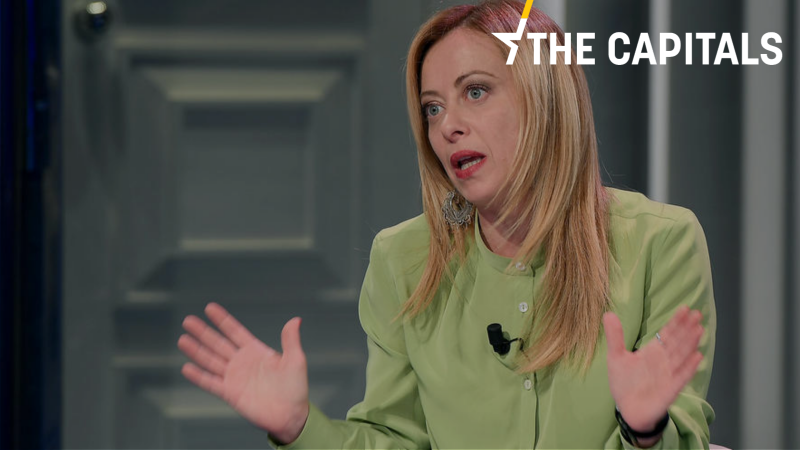 “There is no way that PiS chief Jarosław Kaczyński was not aware of her resignation and above all, it’s suspicious that he did not even attempt to replace her,” the source said. [EPA-EFE/ETTORE FERRARI]

Poland’s Law and Justice party (PiS) is close to pulling out of the European Conservative Party, a source from an ECR member party has told EURACTIV.

Speaking on condition of anonymity, the source said the ECR party had been taken over completely by the Italian delegation and that the Polish disagree with the leadership of ECR president Giorgia Meloni (Brothers of Italy).

After 10 years as vice president of the party, Polish MEP Anna Fotyga (PiS) resigned a day before the party’s board meeting on 18 June, citing health reasons. The board was left with two members – Meloni and vice-president Jorge Buxadé of Spain’s far-right Vox party – and Fotyga has not been replaced yet.

The ECR party declined to comment when it is planning to replace her.

“There is no way that PiS chief Jarosław Kaczyński was not aware of her [Fotyga’s] resignation and above all, it’s suspicious that he did not even attempt to replace her,” the source said.

“It’s a clear sign that PiS has lost its interest in ECR after the departure of British conservatives and Meloni’s presidency,” the source added.

The ECR party receives approximately €4 million yearly from the EU budget because it has representation through its ECR group in the European Parliament. The group currently has 27 Polish MEPs from PiS.

EURACTIV was informed that having just two board members does not break the EU Parliament’s rules of funding. However, this is not the case when it comes to the Belgian law, which provides that such entities’ board should consist of at least three members.

The source claimed that Meloni’s objective is to keep the party together to have leverage in joining the recently formed New Right movement, which her rival at home Matteo Salvini (Lega, Italy) has also joined.

Although positioned on the far-right, Salvini’s party is a coalition partner of Mario Draghi’s government and Meloni represents the only opposition party in Italy.

“Salvini will never allow her to join the New Right movement and she does everything to keep the ECR together as a diplomatic leverage,” the source claimed, adding that a Polish departure would deal a severe blow.

The financial situation of the ECR party adds more headaches to Meloni. The party still carries almost half a million euros in debt from past projects which were not eligible for EU funding.

EURACTIV was also informed that there is another ongoing EU financial control regarding Brothers of Italy party’s annual conference (Atreju) and the way EU funds were used.

Following the publication of this article, the ECR Group in the European Parliament issued a statement playing down divisions among conservatives and denying that PiS MEPs are considering leaving the conservative family.

“The Polish PiS MEPs have their home in the ECR party. There is no reason to doubt that. On 2 August, the ECR Party will hold a presidency meeting at which the PiS party will nominate a new candidate for Vice President of the ECR Party,” Polish ECR Group Co-Chairman Ryszard Legutko said.

For his part, Italian ECR Group Co-Chairman Raffaele Fitto stated that “there is no rift within the ECR Party at all”.

However, a senior member of an ECR member party challenged that, telling EURACTIV that  “if it is not true that PiS is leaving, why didn’t the ECR Party President, Ms Meloni, deny the story?” Why is the denial coming from the ECR Group and not the Party?”

“Ms Meloni, herself created anger in June’s meeting, when she announced that PiS do not pay a membership fee and haven’t paid for years,” the senior member added.