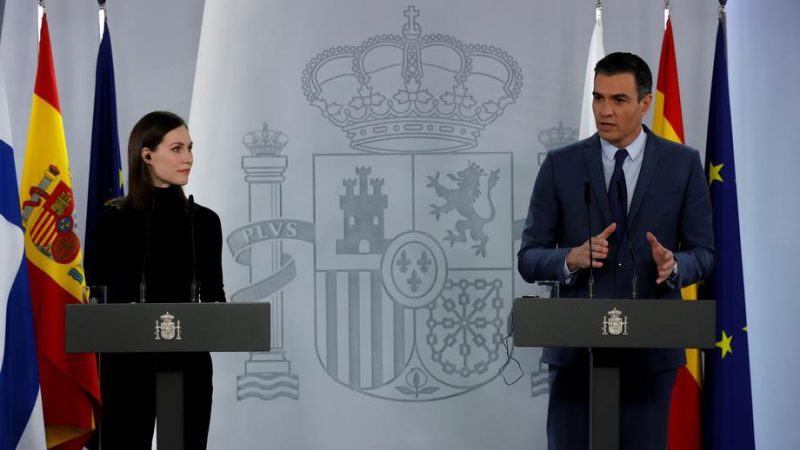 Prime Minister Pedro Sánchez and his Finnish counterpart Sanna Marin told a joint press conference in Madrid that Russia should expect “serious consequences” if it invaded or showed military aggression towards Ukraine.

Sánchez reiterated the Spanish position – aligned with the EU – and the EU commitment to defend Ukraine’s territorial integrity and its national sovereignty.

He added that Madrid is convinced that respecting international law would be the best way to solve the crisis.

It is time for diplomacy, détente and dialogue, but also for deterrence, Sánchez said.

“It is important to convey that if what nobody wants to happen, happens, there will obviously be major (EU) sanctions against Russia (…) It will have massive, extremely serious consequences for its economy (…)”, he said.

The Spanish prime minister denied differences in the positions of the EU and NATO and stressed that, on the contrary, there is an “absolute, categorical and clear” unity, both in terms of diplomacy and deterrence.

Meanwhile, Marin stressed that the EU must send a clear message that any military aggression by Russia will have “enormous consequences and very high costs”.