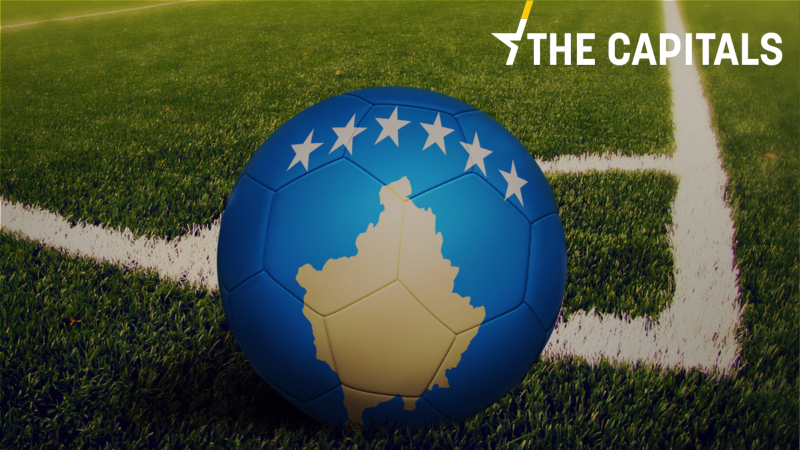 Further reports suggested that these decisions had been made due to pressure applied by Spain’s foreign ministry, Prishtina Insight reported. [Shutterstock/Black Pearl Footage]

Kosovo’s men’s senior football team, which is set to play a series of international matches against Spain, Greece and Georgia, was referred to by the Royal Spanish Football Federation (RFEF) as the “territory of Kosovo” in a public statement published on its website on 9 March. Spain is one of the five EU countries that do not recognise Kosovo.

The same day, Spanish sports daily newspaper Marca reported that the Kosovo flag would not be displayed next to the Spanish flag before kick-off and that its anthem would be announced as “music donated by the territory of Kosovo.”

Further reports suggested that these decisions had been made due to pressure applied by Spain’s foreign ministry, Prishtina Insight reported.

Twenty-two of the 27 member states have recognised Kosovo as an independent state. The EU states that do not recognise Kosovo’s independence are Spain, Slovakia, Cyprus, Romania, and Greece.

US wants a Belgrade-Pristina dialogue led by the EU

Meanwhile, the US Special Envoy for the Western Balkans, Matthew Palmer, told Serbian President Aleksandar Vučić on Monday via video link, adding that the dialogue is expected to resume soon.

Palmer stressed the importance of implementing the Brussels Agreement between Belgrade and Priština and once again confirmed Washington’s commitment to dialogue and talks on controversial issues, a press release from Vučić’s office confirmed.

Palmer, who is also the deputy assistant secretary of state, said the stability and security of the Western Balkans were among the US’ priority interests. According to the release, Palmer also “lauded Serbia’s constructive role in regional initiatives,” particularly with regard to the so-called mini-Schengen initiative, and infrastructure projects that would raise the quality of life of citizens in the region.

On Monday evening, Palmer and the US Ambassador to Serbia, Anthony Godfrey, said they believed an agreement on the normalisation of relations between Belgrade and Priština would open the way to the EU for both Serbia and Kosovo.

At a video meeting with Godfrey on Facebook, during which they answered citizens’ questions, Palmer reiterated his country’s position, calling for mutual recognition to be reached in the process of normalising relations and for Serbia and Kosovo to recognise each other as partners. (EURACTIV.rs | betabriefing.com)