Spain extends temporary lay-off schemes until end of May 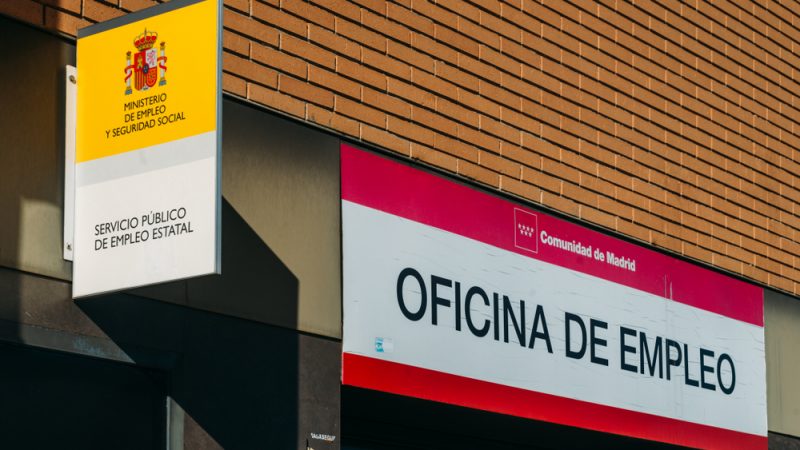 After several rounds of complex negotiations between employers, trade unions, and the government, the Spanish Association of Employers (CEOE) “unanimously” green-lighted on Tuesday the extension of the current lay-off scheme known as ERTE until 31 May. [Shutterstock/Alexandre Rotenberg]

The Spanish government will officially approve the extension of temporary lay-off schemes put in place March last year to protect jobs for around 800,000 workers affected by the impact of the COVID-19 pandemic.

After several rounds of complex negotiations between employers, trade unions, and the government, the Spanish Association of Employers (CEOE) “unanimously” green-lighted on Tuesday the extension of the current lay-off scheme known as ERTE until 31 May – the day the Spanish state of alarm is set to expire.

Under the scheme, the Spanish state gives workers about 70% of their salary and prohibits companies from firing people. In case of fraud or redundancies, companies must return exemptions from contributions to the social security system and risk heavy penalties.

Tourist sector workers will benefit the most from this extension as the industry – which accounts for nearly 15% of Spain’s GDP – has been badly hit by travel restrictions and other measures such as country-wide nightly curfews.

At the pandemic’s peak in March and April last year, nearly three million workers were covered by ERTEs, which were implemented to prevent mass redundancies and protect household income.

The CEOE’s final “go ahead” has paved the way for the government to hand down its final official approval on Wednesday. The government coalition of socialist PSOE and left-wing Unidas-Podemos (United We Can) aims to protect the most vulnerable and mitigate the impact of the COVID-19 pandemic, said Labour Minister Yolanda Díaz.

The ‘green light’ was considered a big success by Spain’s two main trade unions, UGT and CC.OO, after employers had strongly opposed an extension of the ERTE scheme conditioned on the prohibition of firing workers.

Spain’s unemployment rate stood at 16.4% and its youth unemployment dropped to 40.9% in November, according to Eurostat data. Meanwhile, local experts and the OECD believe the county’s economy will only return to “pre-pandemic” levels until at least 2023 if the pace of administering vaccinations were to remain at a good pace.