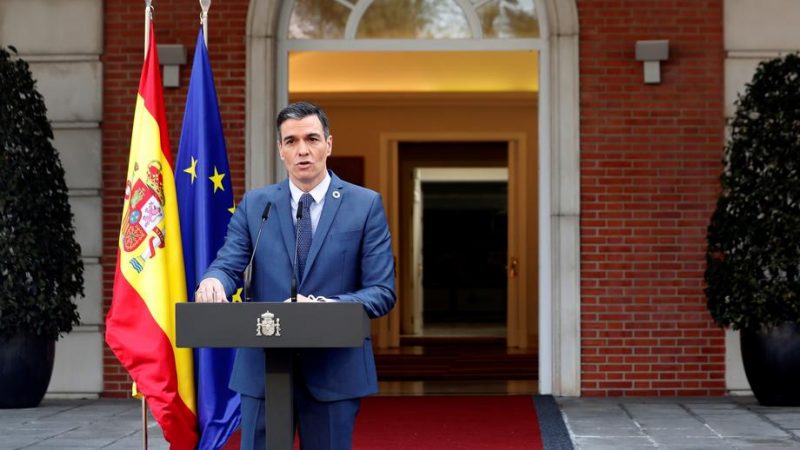 The Spanish government on Friday will approve a long-awaited direct aid package worth €7 billion to help ease the difficult situation of many SMEs and self-employed badly hit by the economic impact of the COVID-19 crisis.

The weekly gathering of government minister known as the Consejo de Ministros will approve the decree Friday to formally activate the measure.

Initially, however, the package was supposed to amount to €11 billion, Spain’s socialist Prime Minister Pedro Sánchez announced on 24 February.

Although everything was set to proceed as planned last week, the decision was delayed to solve differences about the exact amount and the conditionality of this new scheme, which generated controversy between Sánchez and his left-wing coalition partner, United We Can (Unidas Podemos).

According to sources close to the negotiations quoted Thursday by newspaper El Pais, the final aid package to be approved today has three different elements. These include a fund for restructuring the credits guaranteed by the official credit institute (Instituto de Crédito Oficial, ICO), which will be managed by the banks, with €3 billion, a fund for recapitalisations of SMEs, with €1 billion, and a third – the most controversial – with €7 billion, to provide aid to SMEs and self-employed affected by the crisis.

The Spanish regions will manage the flow of money, not the Spanish central administration as initially planned.

The country’s economy and finance ministries insisted the 17 Spanish autonomous governments should manage it, while other voices in government suggested it be the Spanish tax agency.

The treasury will also control the aids, aiming to defray fixed expenses such as supplies and rents, and reduce debts – basically with suppliers.