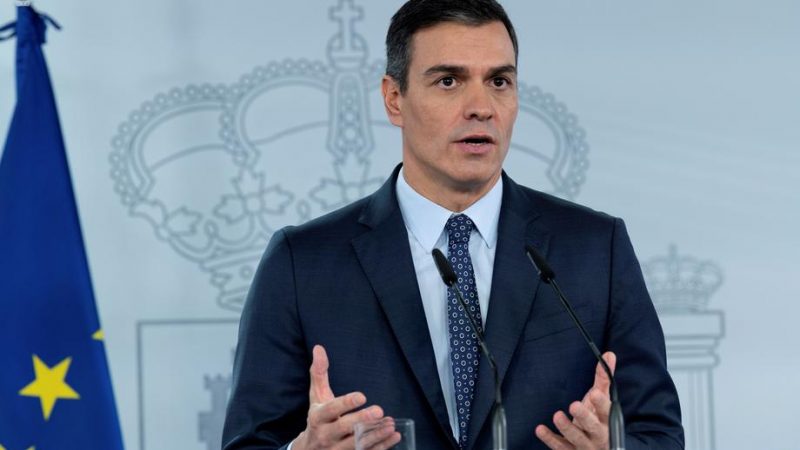 Last week some sources within the Sánchez left-wing-socialist government had suggested that the country would first claim the “tranche” corresponding to direct payments, after which it would request the second one consisting of credits. [governments level. EPA-EFE/BORJA PUIG DE LA BELLACASA]

The Spanish government plans to claim the entire €140 billion available for Spain under the EU Recovery Fund, and not only the “non-refundable tranche”, as suggested by some Spanish media last week, socialist Prime Minister Pedro Sánchez confirmed in a virtual conference with the presidents of all Spanish regions and European Commission President Ursula von der Leyen on Monday, EFE reported.

It was agreed in the EU Council last July that Spain would receive – likely in the first months of 2021 – around €140 billion from the EU Recovery Fund, of which 72.7 billion would come in the form of loans and the rest in loans and credits.

Last week some sources within Sánchez’s left-wing-socialist government had suggested that the country would first claim the “tranche” corresponding to direct payments, after which it would request the second one consisting of credits.

For instance, Economy Minister Nadia Calviño said last week the government would use €72 billion worth of transfers to modernise Spain’s battered economy during the first phase between 2021 and 2023, while the credits, she later said, would be used in a longer period of six years.

In her intervention from Brussels on Monday (26 October), the Commission chief encouraged all local and regional authorities to actively participate in Europe’s transformation and promote “courageous reforms and bold ideas” by proposing projects – eligible under the EU Recovery Fund – for a green and digital transformation of Spain, EFE reported.

“This is your opportunity, this is the way we can get out of this crisis: European investment, courageous reforms and bold ideas for the future of the Spanish economy”, von der Leyen added. (EUROEFE // MADRID)