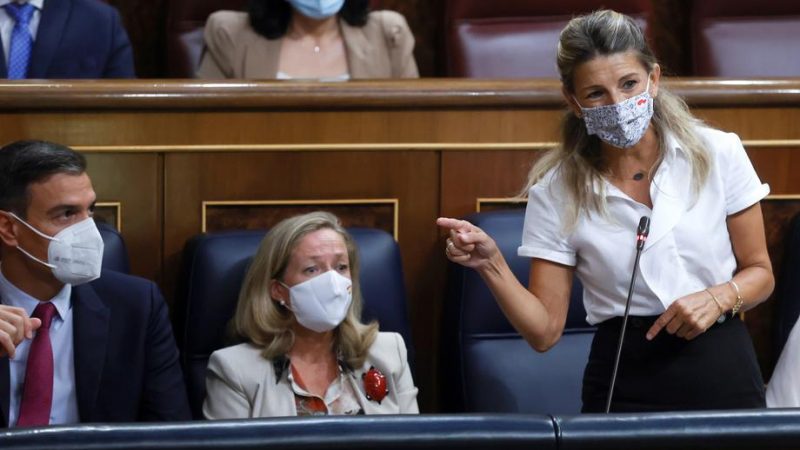 The Spanish coalition government announced Tuesday an agreement on the national budget for 2022 after difficult negotiations to unlock the new Housing Law (Ley de Vivienda), the main point of friction between the two members of the executive.

The two members of the coalition, the socialist party (PSOE) and left-wing Unidas Podemos, gave their respective green lights on Tuesday morning and sealed the agreement, Finance Minister María Jesús Montero has confirmed.

The agreement paves the way for the approval of the budget for 2022 next Thursday in an extraordinary meeting of the Council of Ministers.

The “Ley de Vivienda” (Housing Law) was considered the main bone of contention between the two coalition partners to clear the way for approval, Cinco Días reported.

Among other reforms to the current Housing Law, the new draft law sets a specific rent ceiling for people owning over 10 homes. In the future, this will be regulated by law, with the aim of facilitating access to “decent housing” with affordable prices mainly for the most vulnerable and young people, EFE reported.

Although PSOE and Unidas Podemos had already reached a broad consensus on many topics of the 2022 budget, frictions between the two parties focused on Podemos’ demand regarding the scope of tax policies and the right to housing for the most vulnerable.

Unidas Podemos had asked for a minimum 15% corporate tax rate to be implemented, which despite being part of the coalition agreement was suspended after the COVID-19 pandemic broke out in March 2020.

A new and fair housing law: a red line for the left

The PSOE wanted to wait until a committee of experts on the tax reform issues its final report, expected for next February, with the aim of facilitating the design of a large package of tax changes in 2023, but Unidas Podemos had been advocating for urgent fiscal rules to tax big Spanish corporations.

Both parties appeared to have reached a budget agreement a few days ago, when Economy Minister Nadia Calviño admitted the possibility of promoting a minimum corporate tax rate without jeopardising economic recovery after the pandemic, Cinco Días reported.

Unidas Podemos, however, then warned that the new budget could not be agreed without  first resolving the regulation of the new Housing Law which the coalition partners have been negotiating for about a year. (Fernando Heller | EuroEFE.EURACTIV.es)